(Unfortunately, the video has been taken down.)


I hope this song stays up on YouTube, but I doubt that.

Recently, I received an used copy of Minako Tanaka’s (田中美奈子) second album, “Gimmick”, which was released in September 1990.

Minako’s sophomore album was way different from her debut album, “Kimi no Hitomi ni Yasashiku” (君の瞳に優しく), which was a dance-pop/Eurobeat-oriented work with great covers such as “Namida no Taiyou” (涙の太陽) and “Be My Baby”, but also strong original songs like “Tell me” and “WeekendPain”, among others. “Gimmick”, on the other hand, relied more on an edgy pop-rock sound, even though some pure dance numbers, such as the single “Dancing in the Shower”, for example, were included as well.

“Anata no Mistake” is not only the final song from “Gimmick”, but also one of my personal highlights from the album. The arrangement with nice guitar riffs and a bouncy bass line, coupled with Minako’s tough girl attitude, resulted in a very interesting hybrid of dance-pop and pop-rock. In a somewhat pretensious and not fair comparison, it was probably what Donna Summer accomplished in 1979 with her hit “Hot Stuff”.

In the end, although not a strong fan of pop-rock, I was able to enjoy most of the songs included in “Gimmick”. So, even though Minako’s first album is still very higher in my list, I surely liked “Gimmick” a lot too. Now, I already ordered Minako’s third album, “Mou Daremou Aisanai” (もう誰も愛さない), which was released in 1991, but I’m not quite sure of what type of sound she will try out next. Let’s see in a near future.

Gimmick reached #46 on the Oricon charts. Lyrics for Anata no Mistake were written by Yoko Sawaguchi (沢口葉子), while music was composed by Joey Carbone. As for the arrangement, Tavera Michael was the responsible. 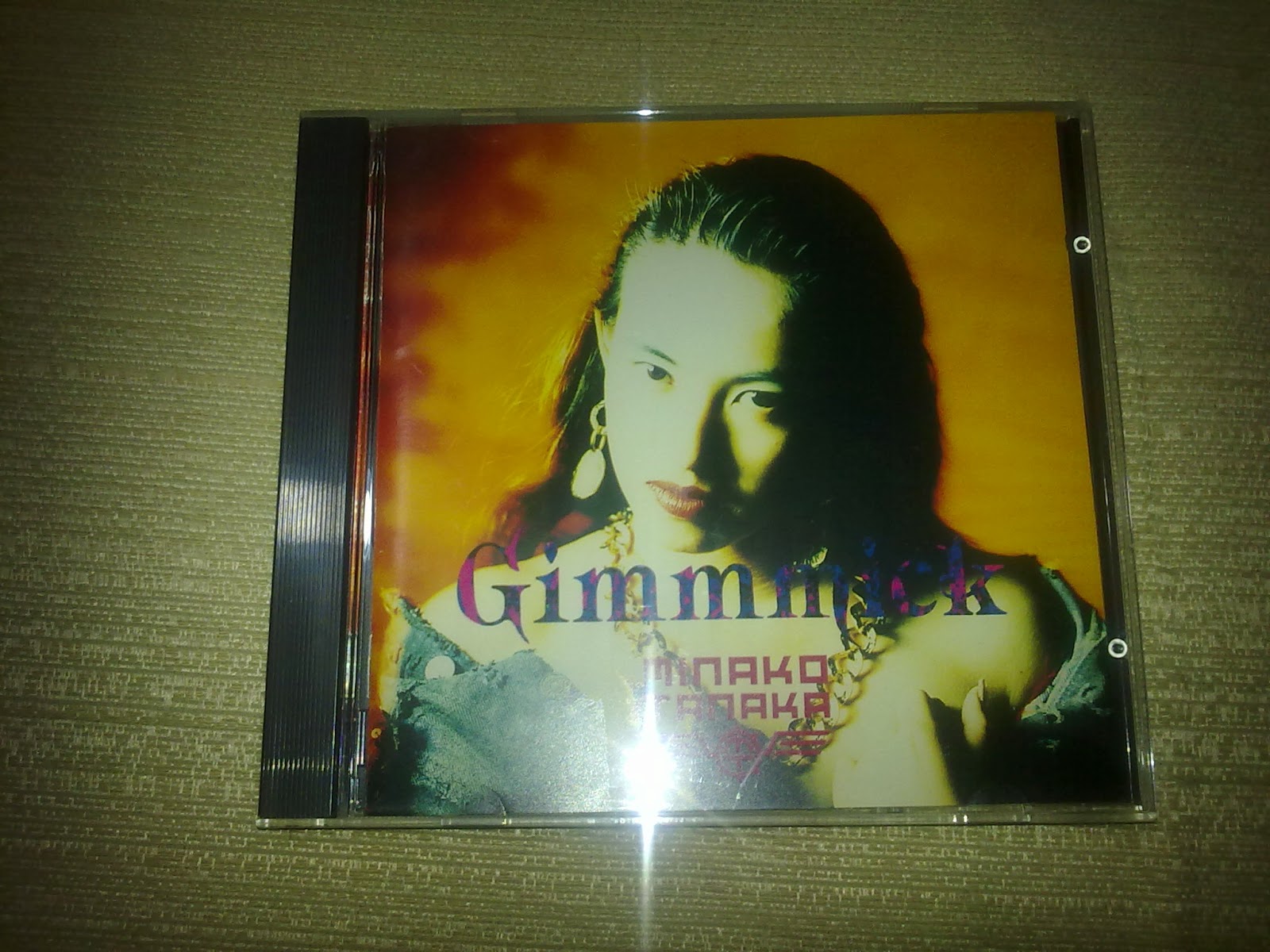