I haven't known Daishiro Masuiyama（増井山大志郎）for a long time. It's just been through his appearances on NHK's "Kayo Concert"（歌謡コンサート）that he's come into my view but I quite like the fellow. Some of the other guests have all that glamour around them but Masuiyama, despite the fact that he reached the 2nd-highest rank of ozeki as a professional sumo wrestler decades ago and that he has garnered a solid reputation as an enka singer, has come across as the congenial humble fellow out on the stage to perform and then talk politely with the host.

A couple of weeks ago, Masuiyama came onto "Kayo Concert" again to perform his latest single from January of this year, "Otoko no Koppu Sake" (A Man's Cup of Sake) which is as pure an enka as the drink from the title. Written by Yurio Matsui（松井由利夫）and composed by Chiaki Oka（岡千秋）, Masuiyama sings about taking solace in that cup of the good stuff either by himself or with a compatriot in the local watering hole while ministering over those old problems as best he can. It's quite the description of the neighbourhood nomiya that's homier and probably more comfortable and less expensive than the office of a counselor.


I never had all that much experience in a bar like the place shown in the above video since I was never much of a drinker. The izakaya was about as close as I ever got but that was often a much more raucous place to be enjoyed with a whole group of buddies, and I think beer was more the drink there rather than sake. But hey, I can live vicariously through those videos and reruns of "Enka no Hanamichi"（演歌の花道）. 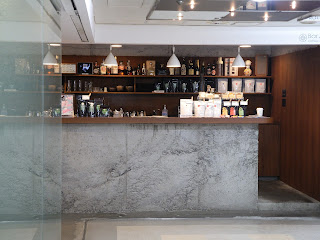