I wrote my first article about Wink for "Kayo Kyoku Plus" back in August 2012, and it was about their smash hit "Samishii Nettaigyo"（淋しい熱帯魚）which came out in July 1989 just a few weeks before arriving in Japan. As I said in that article back then, I will say again here that  "Samishii Nettaigyo" will always be the song for the duo of Shoko Aida and Sachiko Suzuki（相田翔子・鈴木早智子） considering how extensive their appearances were on TV. In addition, I think it was from that big breakthrough that I had that ultimate image of the ladies in their emotionless porcelain doll poses and somewhat angular choreography.


So it was rather strange when I bought the VHS tape of their 1st compilation of their music videos, "Heart On Wave" and saw the above video of their 4th single, "Namida wo Misenaide" (Don't Show Me Your Tears) from March 1989. It was the single immediately preceding "Samishii Nettaigyo" and the video had the ladies just looking oh-so-genki and bouncy. Quite the contrast from what was to come. And I think I had to adjust the color control settings while the video was playing as well.


"Namida wo Misenaide" was given Japanese lyrics by Neko Oikawa（及川眠子）. And it was another hit for the Wink girls as it hit No. 1 on the Oricon weeklies for 3 straight weeks and became the 10th-ranked song of the year. The above video is one of their performances on TV. I've always wondered what those orchestra members must be thinking when they are just watching the singers performing in front of them to the pre-recorded backing track without any need for their help.


As was the case with some of Wink's earlier material, "Namida wo Misenaide" was actually a cover of a Eurobeat tune. The originating band this time was Moulin Rouge from Slovenia which first started in 1985 and is still active today. Producer and keyboardist Matjaž Kosi was the one behind the music with vocalist Alenka Šmid-Čena singing the lyrics for what was their 3rd single in 1988. 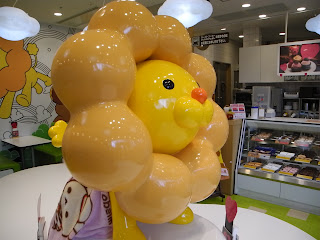