Yup, my whole family were regular fans of the old long-running Saturday-night TBS show "Hachi-ji da yo! Zen'in Shuugo"（8時だョ!全員集合...It's 8 O'Clock! Everyone Assemble）starring the comedy group, The Drifters（ザ・ドリフターズ）. I didn't know though that the show had 2 incarnations: the first one lasted from October 1969-March 1971, and after a brief absence, the second incarnation had its long run from October 1971-September 1985. Of course, for my brother and I, it was all about the zany skits, and for me later personally, the singers who guested in the intervals between skits and segments. Of course, there was the memorable ending theme "Ii Yu da na"（いい湯だな）performed by The Drifters themselves and the catchy "Hige Dance"（ヒゲダンス）which always accompanied Ken Shimura and Cha Kato（志村けん・加藤茶）when they did their own tuxedoed shtick.

So I think it is time that I also talk about the opening of "Hachi-ji da yo!" Leader Chosuke Ikariya（いかりや長介）would be on stage, make a few quick greetings to the audience before heartily launching "Itte mi yo!"（いってみよー!...Let's go!）to get the rest of the cast running down the aisle stairs and the various guests and players out on the stage to a jaunty marching beat before everyone in a single line starts with the opening theme song. Hearing that, we knew that we were about to get into the hour of nutty comedy.

Before I decided to write this article, I had assumed that the song was just something that some songwriter concocted on the fly for the producers. However the truth was a bit more involving. For one thing, I had a bit of a problem trying to read through the dense explanation for the opening sequence on the J-Wiki piece on "Hachi-ji da yo!" I wasn't quite sure for one thing what the title was since there were a couple of titles bandied about. However after checking both of them out on YouTube, I am pretty sure that the official title for the jaunty opener is "Chotto dake yo! Zen'in Shuugo" (Just a Little! Everyone Assemble).


The second thing is that unlike the ending theme of "Ii Yu da na" which was a straight adoption of the Duke Aces hit from 1966, "Chotto dake yo! Zen'in Shuugo" was actually a parodic riff on an old Hokkaido minyo titled "Hokkai Bon Uta" (North Seas Bon Song). Although I couldn't find out exactly when the song was created, it was apparently born in the coal mines in Mikasa City in western Hokkaido and spread across to other regions to be used in the various Bon dances. It is still performed annually at the Bon dance in Mikasa in August.

Originally known as "Beccho Bushi"（べっちょ節...Coal Mine Melody）with obscene lyrics, the miners used the song to perform Bon dances. However early during the war years, lyricist Kouzan Imai（今井篁山）who was known as the father of Hokkai minyo cleaned up the lyrics and adjusted the melody. Then many years later, it was released as a record performed by Michiya Mihashi（三橋美智也） in February 1959 which became a huge hit, selling 2.6 million records and coming in at No. 5 among his 12 minyo million sellers (got that information from the comments for the above YouTube video). Listening to the original version, I could tell that the Drifters' take on it was much more sped up.


In 2001, the Drifters had their first and final official appearance on NHK's Kohaku Utagassen performing a medley of their tunes including the opener. During that time, I wasn't paying too much attention to the Kohaku so it was too bad that I missed this performance which must have been very poignant for many in the audience and at home.


Just to finish off this article, since I'm talking about the opening here, I might as well relate to you about one episode which I caught on rental video. The 1984 show was about to start when the hall suddenly suffered a power outage and the entire place was plunged into darkness. But as the saying goes "The show must go on", and it did with the help of good humour and some battery-operated lights. 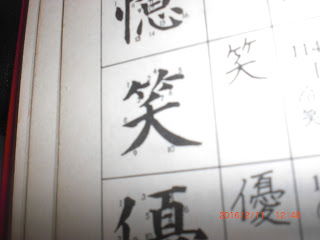