I've heard this song before (how can I ever forget a song that sounds like it was done by Alvin & The Chipmunks in perfect Japanese?) through TV and such, but I had no idea that this was performed by The Folk Crusaders.

Noelle and nikala provided the two other entries for the folk group on "Kayo Kyoku Plus": "Kanashikute Yarikirenai"（悲しくてやりきれない） and "Imjin River" （イムジン河）respectively, and so my impression of the group was Kazuhiko Kato（加藤和彦）, Osamu Kitayama（北山修）and Norihiko Hashida（はしだのりひこ）performing these classic heartfelt ballads. So I get to do the goofy tune. And strangely enough, "Kaettekita Yopparai" (The Drunkard Returns) was the band's debut single on Christmas Day 1967. Considering the Alvin sound, perhaps it was quite appropriate it came out on December 25th...it certainly sounds like a song for the kids.

It may have been a comical tune but the subject matter was quite dark in that it was about a rascal who ends up dying in a drink-and-drive crash and heading up to heaven but ends up getting kicked back down when he starts carousing with the booze and women up there. Kitayama and Takeshi Matsuyama（松山猛）wrote the lyrics while Kato provided the sped-up melody; supposedly there was no helium involved during the recording.


"Kaettekita Yopparai", whose official English title was "I Only Live Twice" as a riff on a recent James Bond movie, must have hit the nation's funny bone since it managed to reach No. 1 and stay there for a good month early in 1968. In fact, it was the first Oricon song to break the million-record barrier selling a little over 2.8 million copies. It also became the 2nd-ranked song for 1968.


Back in those days, when a record became a hit, it was often the case that a motion picture would be made around it. And so, a comedy was made out of "Kaettekita Yopparai" which also featured The Folk Crusaders as themselves. The surprising thing was who the director was. It was none other than Nagisa Oshima（大島渚）who would later take care of "In The Realm of the Senses" and "Merry Christmas, Mr. Lawrence".


It was a bit of an obvious point, but the original song could not be performed verbatim at The Folk Crusaders' concerts despite its mega-hit status. Apparently, the concert version had a more rock arrangement but the above video has a soothing bossa nova lilt. 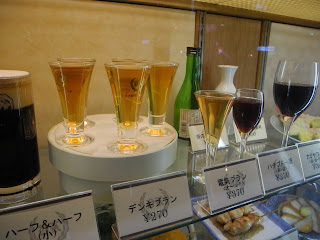