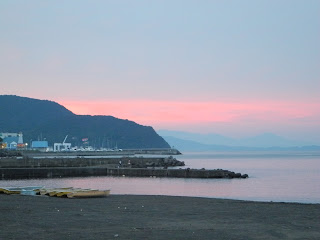 Years ago, I once heard a theory that no matter what one's age is, one will only remember the latter half of his/her life up to that point with any form of clarity. The first half of life will now only be remembered as photographic bits or brief "footage" here and there. If that is indeed true, then memories of my entire time on the JET Programme have now become as spotty as a windshield after a rainstorm. To be honest, though, I think a much larger percentage of my memories have already become that way.


Moving on from a rather melancholy preamble, I would like to introduce a much more cheerful song titled "Long Term Memory" by the fusion band Casiopea（カシオペア）. It's indeed been a while since I've featured these guys so I'm happy to bring out this very mellow song that would sound perfect for a sunrise or sunset view. Composed by leader Issei Noro（野呂一生）, this would make for some fine listening in a darkened high-rise condo during those two key times of the day. "Long Term Memory" is a track on the band's 9th album "PHOTOGRAPHS" from April 1983.

Photographs would indeed help the long-term memory out. But so would music such as this. It's enhancing and entrancing.
Posted by J-Canuck at 10:45 PM