First, a bit of background. The fellow you see at the very end of the very brief video is Iyami (イヤミ), one of the characters from the famous "Osomatsu-kun"（おそ松くん）which started out as a manga by Fujio Akatsuka（赤塚不二夫）in 1962 before becoming an anime in 1966. Iyami has become legendary since he came up with what has become the all-round international anime gesture for shock: standing on one foot while making an angular shape with his body and arms before screeching "SHEEH!" It became a meme even before memes officially existed and it has since jumped into the 3D world. I've seen comedians use it all the time on TV and even Godzilla used it once in one of his movies....at the cost of several buildings and probably several hundred more lives.

And yet, Iyami was supposed to be just one of the silly supporting characters for the main sextuplet of ne'er-do-wells (known as NEETs in Japan) on "Osomatsu-kun". That one gesture probably upended the hierarchy. I never saw any of the anime variations of the franchise but even I knew "SHEEH!" and the gesture.


To continue on, after I did the article on the opening and ending themes of the anime "Kono Bijutsu-bu ni wa Mondai ga aru"（この美術部には問題がある！）yesterday, I innocently decided to check out whether the three fellows of TECHNOBOYS PULCRAFT GREEN-FUND had ever done stuff outside of the anison realm. And I think I came across at least one of their more ambient efforts on YouTube, but then after, I came across the above video featuring the song "Same Six Faces ~ Konya wa Saiko!!!!!!" (Tonight's The Best!!!!!!). What happened afterwards was the equivalent of a spider (the song) snagging a juicy fly (namely, me) for dinner. Dang, welcome back to the disco 80s! I was ready to order a mirror ball from Amazon after listening to this...2 or 3 times in succession.

Yup, the Technoboys came up with another earworm late last year, and this time, I didn't hear too many of those syn-drums that have become a sign of their work on their another anime. "Same Six Faces" turned out to be the ending theme for the sequel series for "Osomatsu-kun", "Osomatsu-san"（おそ松さん）, which came out in October 2015 before finishing its run at the end of March 2016. The original series had the Brothers Matsuno as these six scallywag kids but this new series had them as grownups but still not too mature.


I never got to see the series and reading and watching some of the clips, I have a feeling that "Osomatsu-san" is not really my anime buddy's type of show despite the mostly nutso humour involved. But man, is that ending theme catchy! "Same Six Faces" as it was used in the ending credits had the actual voice cast bantering and singing over the Technoboys' delivery with the seiyuu for Iyami, Kenichi Suzumura（鈴村健一）, leading the way (complete with the background chorus coolly crooning the "SHEEH!"). As for the Brothers Matsuno themselves, I was surprised in that it looks like the entire cast of "Shirokuma Cafe"（しろくまカフェ）decided to re-unite to voice the characters. Takahiro Sakurai（櫻井孝宏）, Jun Fukuyama（福山潤）, Hiroshi Kamiya（神谷浩史）, Daisuke Ono（小野大輔）, Yuuichi Nakamura（中村悠一）and Miyu Irino（入野自由）go all in.

Released in December 2015, the single went Gold and it went as high as No. 3 on Oricon. Now I feel like grabbing one of my old 80s compilation CDs and searching for S-Express again! 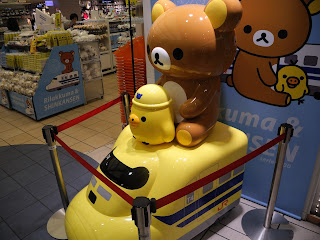