Now, that's an interesting title, "Hitoribotchi no Futari". I was wondering how to translate it, and episode 37 of Steven Universe popped into my head with the reason being: it's called "Alone Together".

In the video above - knowing the uploader's history, it may not be here for long -  Hiroshi Itsuki was performing this during the "Tribute Time" part of his own music show, "Nihon no Meikyoku Jinsei, Uta ga aru" (日本の名曲 人生、歌がある). In this segment, the week's guests and Itsuki himself would have a go at the works of established singers or songwriters, alive or not. So who was the focus of the tribute in this episode in the clip? The whistling at the start was a huge give-away. From my knowledge of Showa era music, there's only one guy who'd whistle in his songs, and when the camera panned from Itsuki to the portrait, that guy was at his smiley best. It was none other than Kyu Sakamoto (坂本九). Also, I should've guessed that "Hitoribotchi no Futari" was by Sakamoto just by looking at the ones had put it together: Hachidai Nakamura and Rokusuke Ei (中村八大 . 永六輔), but I only realised the "6-8-9 combo" (Roku-Hachi-Kyu) much later.

Moving on, as I listened to the original and Itsuki's rendition of the ballad, I was again able to pick out one other trait that seems prevalent in Sakamoto's songs: a lighthearted melody. Done by Nakamura, what contributes to that is the nice rhythm, which feels like there's a slight Latin touch, combined with the whistling and (in the original) Sakamoto's lilting style. At the same time, to balance things out here, there are the soft strings that bring out a gentler and grounded side. It has me picturing a couple spending time with each other under the moonlight.

For Ei's lyrics, I can't say I fully understand what it had Sakamoto singing about. However, I've come up with a couple of possibilities as to what "Hitoribotchi no Futari" may mean:

1) The happier option; the fellow enjoys being alone, but he prefers doing so with the one he loves.
2) The not so happy option; the relationship ain't fantastic and though together, the guy still feels lonely.

To better match Nakamura's music and Sakamoto's almost carefree delivery, I'm hoping it's the first option. But the more I read what Ei had written, I'm beginning to think that it may actually be the second option.

"Hitoribotchi no Futari" was released in November 1962. Out of the two renditions, I find myself preferring the cover to the original - this is purely objective. Itsuki's rendition feels smoother and more comfortable. 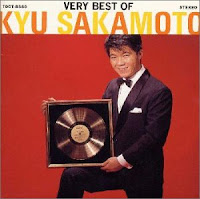