Unfortunately, all summers eventually end but I understand Toshiki Kadomatsu's（角松敏生）sentiments here. At the risk of sounding like a beer commercial, it's wonderful to get together with friends, spend quality time at the beach, and watch the sunset. It's indeed Miller Time!

But hey, wouldn't it be wonderful if that commercial for the brewski had Kadomatsu's 7th single "No End Summer" tagging along for the ride? Released in August 1985, Kadomatsu's wonderfully summery creation was also the final track of his 5th studio album "GOLD DIGGER ~ with true love" (curiously ironic) from May of that year. That album peaked at No. 7 on Oricon. The song was also used as the image song for the famous long-running variety show on Fuji-TV "Naruhodo The World"（なるほど!ザ・ワールド）.


To me, the original single sounded a little slow and incomplete since I had heard a re-done version from his 2012 album "REBIRTH 1 〜re-make best〜" first. This new version has a bit more oomph, and listening to this version, I felt as if there were a rousing round of windsurfing during that beach get-together.


Kadomatsu was having an intimate get-together of his own at Yokohama Arena with...oh, say, a hundred thousand of his buddies back in 2013. His performance of "No End Summer" starts at about 4:50. Please do listen to it. He certainly gave Tatsuro Yamashita （山下達郎）a run for his money in the Summer City Pop department. 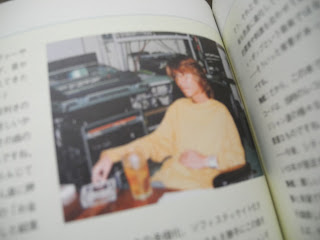