I had a night off from the blog since I met up with a couple of my friends who have gradually become my dinner buddies compared with my anime buddy and my movie buddies (my friendships seem to be rather compartmentalized). The weather was, in all honesty, horrid in every sense of the word with freezing rain pelting down and gusty winds ramming at us, but that sort of meteorological tempest was actually nice to have since it made our dinner at the comfy izakaya Kingyo all that much more satisfying. We've been to various Japanese establishments all around Toronto over the past few years, but Kingyo has been our favourite mainstay.

There were a lot of things going on last night: the United States firing Tomahawks, the Toronto Maple Leafs trying their darnedest to secure a playoff berth down at the Air Canada Centre, comedian Don Rickles passing on, but none of us who had smartphones (and I've never owned one) bothered to browse electronically during our repast. It was just the enjoyment of the good food and conversation which ranged from griping about eye exams not being covered by the provincial health insurance to helping out someone who was planning to go to Japan for the first time. Before we knew it, nearly four hours flew by. As I said, good food and conversation. I couldn't have asked for a better night.

Of course, having a night on the town is always nice even with that April storm (we actually had snow on the ground this morning!). So of course, it is Friday which means that there are even more folks carousing downtown. I would guess it's nice enough for a bit of City Pop to accompany the urban contemporary fun. So I found this tune by City Pop prince Tatsuhiko Yamamoto（山本達彦）called "May Storm".

I couldn't find definitive proof but since Yamamoto is a singer-songwriter, I'm assuming that he did create this smoothie of a song which had me thinking a mix of Yasuhiro Abe's（安部恭弘）arrangements and Junichi Inagaki's（稲垣潤一）high-pitched delivery. "May Storm" was the first track on his 2nd album "Martini Hour" from 1983. Just diverging a bit, looking at that cover of the album above on the video, the lad looks like he's been waiting 20 minutes for his martini! Not a happy camper but doesn't he look dapper in the tux! The album, by the way, was his most successful in terms of Oricon. It peaked at No. 3.

The Japanese music blog "Music Avenue" dedicated an article to "Martini Hour", and kaz-shin mentioned that "May Storm" has that affable layer of mystery. I would agree with the fellow. It also feels like a song that would accompany a nice dinner among a small group of friends. The tune may not be an earworm but it's great for providing that comfortable urban contemporary feeling and it doesn't overstay its welcome.

Strangely enough, I think along with a martini, May Storm would make a great name for a cocktail as well. 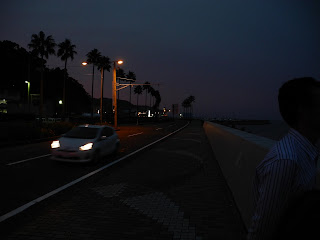