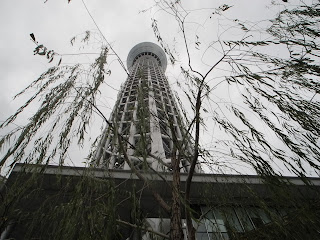 Yes, still up at 1:05 am. Like I said in my last article, I did have that birthday party but what I didn't mention was that I had two cups of some rich and delicious coffee there. Therefore, it would seem that sleep may become more of an option than an obligation.


And just like in that Yujiro Ishihara（石原裕次郎）piece, I've come across another melancholy song about romance that is a bit of a throwback when considering the time of release and the type of music involved.

Mieko Nishijima（西島三重子）has been one of those underrated singers that wouldn't pop up immediately for even Japanese music lovers searching for some wonderful music. However I was lucky enough to have discovered her through "Sounds of Japan" back in the early 1980s when I heard her lovely "Hoshi Meguri"（星めぐり）. From that 1977 song that has become a template of sorts for me, I came to see Nishijima as a singer of warm and fuzzy ballads arranged in a New Music style.

So, it was with some surprise once more that I found out that her "So yo, SMILE AGAIN" (Yes, Smile Again) was a track on her album "Shadow". I checked three sources to find out that the LP (!) was released in 1994 instead of the late 1970s or early 1980s that I had assumed was the time of release. I mean, 1994 was the time of the Komuro boom and Dreams Come True. But this particular final track by Nishijima with lyrics by Tadashi Hirano（平野肇）sounds so much like a tune from yesteryear. It doesn't sound like the traditional kayo but it has an atmosphere that could take listeners to an unknown past time occupied by lots of music halls.

I think it's those strings that do it and then the jazzy clarinet at the end. Plus, there's Nishijima's voicing of a woman begging for the love of her life to return to give that smile one more time, although the feeling is that it will be a wish unlikely to be fulfilled ever again. In a certain frame of mind, those tear ducts might get a work out. Still, it's nice to hear another one of her ballads again.
Posted by J-Canuck at 1:32 AM