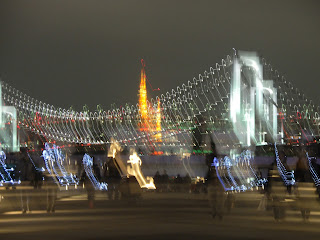 My genre of choice has been City Pop from the late 1970s and early 1980s but I've also liked urban contemporary stuff from the 90s onwards. I've also noticed that going into the 21st century, the night side of Japanese pop has taken on a certain cool groove.


Now, I'm not a big fan of hip-hop or rap on either side of the Pacific but I do like the slow groove of "Rollin' Rollin'" by Kochi Prefecture-born singer-songwriter Tavito Nanao（七尾旅人）. Although his Wikipedia bio states that his genres are "alternative rock, electronic, experimental, punk", I only sense a bit of one of those genres and none from the others with his 7th single from September 2009. To me, it's some nice mellow contemporary R&B as he collaborates with rapper-DJ Yakenohara (やけのはら). It's all so not-in-your-face.


As much as I like the official music video with some nice shots of driving through the big city, I have to say that I really like this version of "Rollin' Rollin'". As Yakenohara intones throughout the song, it's got that old-fashioned urban soul. The song peaked at No. 46 on Oricon.
Posted by J-Canuck at 10:06 PM