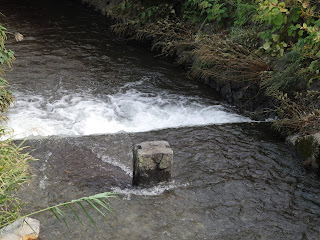 I gather that perhaps both the Tokyo and Osaka halls for NHK were occupied with something else this past week to explain the latest episode of "Uta Kon"（うたコン）just involving the two hosts showing off past clips and footage of interviewing frequent guest singers on what their favourite lunch is. It was a combination effort of the music show and the show that appears right after, "Sara Meshi"（サラメシ）which is all about people and their noontime repasts.

So, going back to the episode of "Uta Kon" from the previous week, I have to say that I was charmed by Kaori Kozai's（香西かおり）latest single from June this year, "Kuchibeni Moyou" (Lipstick Patterns). The story of a probably middle-aged woman who's going through her history and wondering about the path not traveled with someone who may have become the love of her life, I can't be sure whether this could really be classified as an enka or a Mood Kayo, despite the facts that Kozai is wearing her trademark kimono in the video above and the overall theme is that of regret over a lost romance. Plus, there is that now-familiar enka electric guitar.


I would be more than happy to say then that this is a modern-day pop song in the kayo style. There is something both old and new in the arrangement. Koyomi Asa（麻こよみ）was the lyricist here with "Kuchibeni Moyou" while Takashi Tsushimi（都志見隆）provided the dramatic yet wistful music.
Posted by J-Canuck at 2:16 PM