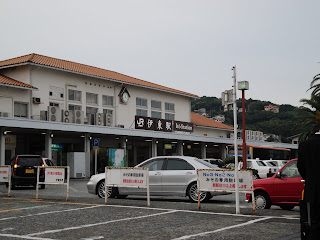 Just seemed like autumn was well on its way in the past few days when summer decided that it wasn't quite done with us yet. Yup, the Humidex may be hitting 32 degrees Celsius today and it's indeed fairly humid out there although for some reason, it hasn't been necessary to turn on the air conditioner. However, I have to make dinner tonight so I'm sure that situation will change.


Perhaps this song might be considered to be a summer/fall tune. This is "Eien no 20cm" (Endless 20cm) by aidoru-turned-pop singer Mariko Yoshida（吉田真里子）. I'd never heard of her before but she debuted in May 1988 but considering her vocals and nature of this tune, I think she had fairly quickly left her aidoru presence behind.

"Eien no 20cm" is a track on Yoshida's 4th album "Crescent"（クレッセント）released in January 1991, and despite the release date of the album, this does sound like a summery tune although my injection of the fall in there is because of Rui Serizawa's（芹沢類）lyrics. The twenty centimetres of the title refer to the physical distance between a man and a woman meeting at the station for the first time in a while. They have been close friends but she'd been secretly wishing for a level-up in the relationship so that her arm could span that short distance to link with the lad's arm. Alas, it never got to that point and the way the song is going, it looks like she's given up the pursuit.

Hiroshi Uesugi（上杉洋史）was behind the music and arrangement. I have to also compliment Yoshida's singing as well. She released 8 singles and 5 albums between 1988 and 1991, and then had an indies period (1993-1999) during which she put out a further 4 singles and 2 albums. Yoshida then got married in late 2001 after which she announced her retirement from show business.
Posted by J-Canuck at 2:47 PM