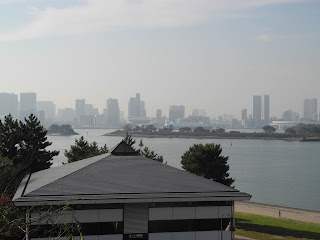 About 18 months ago, I wrote about this mysterious group called Air Suspension Club Band which was into fusion boogie. Their "Jack in the Box" fairly cooked with funk and dreaminess, and this track was included in their 1982 album "Another World".


Well, another track from "Another World" is "Seaside in the Twilight" which is more on the AOR side of things with a smidgen of jazz on the side. The creamy keyboards take even more of the spotlight here before a romantic saxophone has its moment in the setting sun, but I also take notice of the tight rhythm drumming.

I tried looking for more information on what made ASCB tick and at the Rough Trade site, the band was apparently run by some musicians under the collective name of Mr. Theodore. Also there, I discovered that "Seaside in the Twilight" had also been released as a 7" single.
Posted by J-Canuck at 3:13 PM