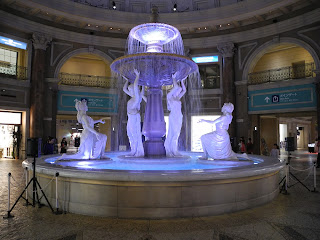 Dining inside a favourite restaurant, pub or fast food joint is simply not impossible right now here in Stage 2 of the re-opening of the economy, although patio dining has become OK as of yesterday. Fortunately, the summer season is upon us, though. However, I'm sure that there are some of us who are hoping for the night that we can enjoy some fine dining in the good clothes with full courses and vintage wine and impeccable service. Me? I would just be happy with the Classic Breakfast at the nearest Eggsmart with family or friends.


When I listen to Megumi Shiina's（椎名恵）"29 ~ Twenty Nine", her 10th single released in May 1988, I get that sophisticated dining experience in a French restaurant vibe. Yoshiaki Ohuchi's（大内義昭）melody is a bit reminiscent of 1960s Henry Mancini with that gentle infusion of jazz and bossa nova while Keiko Aso's（麻生圭子）lyrics are bittersweet as they describe a woman who has learned her share of wisdom in love at the age of 29 and would like to apologize to that man who she had fallen for when he was 29, and perhaps caused some consternation in his life. Good heavens! The lyrics could describe a plot line for a movie that would be scored by the late legendary Mancini.

In any case, this song is in one of the corners of City Pop that I've enjoyed...the one residing in that classy and expensive hotel in Tokyo. And I love Shiina's smooth and creamy delivery here...just like a glass of Baileys Irish Cream. Up to now, I've only known Shiina for her lovely cover of Charlene's "I've Never Been To Me" so it's nice to hear her tackle something in the uptown area of the city. Plus, it's a revelation to see that Ohuchi composed "29" because I've known him mostly for his uptempo pop/R&B compositions for Kahoru Kohiruimaki（小比類巻かほる）. "29" is also the title track for her June 1988 4th album "29 Twenty-Nine ~ W Concerto II".
Posted by J-Canuck at 3:54 PM