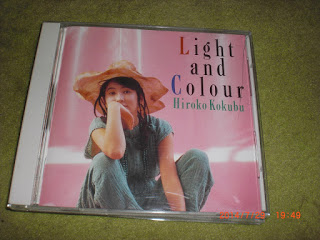 My history with television goes way back to a small black-and-white set with knobs, dials and a bunny-ear antenna. Yep, no remote control, there were things called UHF and VHF, and this may terrify some of you but television wasn't always 24 hours a day (and night). That's right...TV stations also closed off for the evening and what we got past midnight was the test pattern for about 6 hours accompanied by an annoying whine. Perhaps it's been within the last few decades that programming like movies and informercials started to fill the overnight hours.

When I first started living in Japan from 1989 during my JET Programme days, I often watched the telly there until the wee hours and even back then, the TV stations would call it a day and throw on the test pattern. But I gotta say that the stations like Fuji-TV really liked to open and end their broadcasting day with panache and perhaps a bit of psychedelia.


However, the gradual transition to 24-hour broadcasting on the national broadcaster NHK may have been sparked in the late 1980s before I arrived there due to the fact that the Showa Emperor's health had been in decline around that time before his passing on January 7th 1989. People stayed up to hear any overnight updates on Emperor Hirohito's condition, but I also think that the same thing occurred in the case of typhoons or earthquakes, too.

Finally from April 1997, NHK went full tilt into overnight service under the overarching title of "Midnight Channel" according to the J-Wiki article on the topic and apparently the programming included dubbed versions of American TV programs such as "Beverly Hills 90210" and local documentaries. Maybe the night owls also enjoyed that jaunty music which adorned the list of upcoming shows (which you can hear right from the start of the video above). In fact, the video was put up onto YouTube because the uploader had wanted to find out who was behind the music. Dang, it's enough to get me to go to the fridge and pull out a Red Bull at 1:00 am!


Fortunately, the fellow did find out. The song is "Steppin' Out" by jazz pianist and composer Hiroko Kokubu（国府弘子）. It's been a long while since she's adorned the pages of "Kayo Kyoku Plus", so I bid her welcome once more. Now for me, I found out about "Steppin' Out" only because I hadn't put up an article about her for close to 5 years and consequently was doing some browsing. When I listened to this good-time strut by her with the wonderful keyboards and horns including a cool streetwise sax, that's when I discovered that it was the song to introduce the upcoming programs on "Midnight Channel".

"Steppin' Out" is a track on her September 1993 album "Heaven", a collaboration with fellow jazz pianist Kiyotsugu Amano（天野清継）. It's been hard to find any tracks from my favourite Kokubu album "Light and Colour" (as seen in the thumbnail at the top), but I'm still happy to make my acquaintance with this Kokubu gem.


Lest I forget...there is another older "Steppin' Out" that I also cherish. In any case, KKP is now ending its broadcasting day today.
Posted by J-Canuck at 10:32 PM