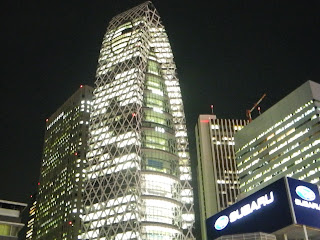 Happy Monday as we approach the end of June 2020. And we start this week with a band with an unusual name. I suppose that it's never a bad thing for publicity when a band has a unique moniker, and I think I have across one of the most unusual ones in I Re'in For Re'in（アイリーン・フォーリーン）. This is a rock band that began life in 1985 but I couldn't find out in J-Wiki the origin for that name and their website seems to be out of commission.

But according to a blog entry in March 2018, apparently a manager for another "huge band" slapped the name on, and I Re'in For Re'in means "I reincarnate for reincarnation's sake". The members didn't seem to mind so why should I? I'm not even going to inquire about the apostrophes.


Speaking of those members, when I Re'in For Re'in first started up in the mid-1980s, the band consisted of Takaaki Yasuoka（安岡孝章）, Asao Hori（堀麻夫）, Isao Kuwamoto（桑本勲）, Itsuo Nakagoshi（中越五雄）, and Yoshiaki Arisawa（有澤由明）. Their first run lasted until 1988 but the year before, the last three members listed left the band with guitarist Hirokazu Ogura（小倉博和）joining in.

It was during that incarnation as a trio that I Re'in For Re'in's fourth album "Body & Voice"（ボディ&ボイス）was released in 1988, and one of the tracks is "Private Girl". Perhaps while the band was a 5-piece setup, it had more of a rock sound but "Private Girl" takes things more into the cool and sultry R&B arena surrounded by tons of Shinjuku skyscrapers. Written by Yasuoka and Hori with the former handling the melody, I get echoes of Hall & Oates' "I Can't Go For That" and "Lonely Chaplin"（ロンリー・チャプリン）by the Suzuki siblings.

Email ThisBlogThis!Share to TwitterShare to FacebookShare to Pinterest
Labels: 1988, City Pop, I Re'in For Re'in, J-R and B, Single