Looking back on my summers spent in Tokyo all those years, it was like swimming in atmosphere. It was bad enough during the rainy season (although I know the rice crops really need the water) with the added humidity, but when July came in, it was nearly 3 whole months of torrid heat often in the high 30s Celsius with humidity! But hey, I adapted....I could wear an undershirt underneath my dress shirt in August. However, it was never all that nice to wake up in the muggy morning with a J-Canuck-shaped sweat stain on my sheets. I couldn't turn on my air conditioner in the early morning since it was so rickety that doing so would have woken up everybody in the area. Yep, I don't really miss Japanese summers. Rain during the dog days of summer was very welcome then.

That long prologue brings us to Chisato Moritaka's （森高千里）"Ame"（Rain）. Her 11th single from September 1990 was something that I had first heard through a karaoke outing with some of the office ladies at the Tsukiyono Town Hall. After getting to know the techno-aidoru during my 2 years in Gunma Prefecture (and by the way, my neck of the woods may have been in the Japanese Alps but I hadn't been immune to the heat there either), hearing this quiet languid ballad for the first time, I couldn't quite believe it when one of the ladies told me that it was a Moritaka song. In fact, she wrote the lyrics along Seiji Matsuura （松浦誠二）providing the melody.

Although it was also originally a track on her 5th album, "Kokontozai"（古今東西...All Times And Places）from October 1990, I first heard Chisato sing it on my copy of "The Moritaka"（ザ・森高）, a remix album of her BEST songs. It was indeed her voice on the track and it sounded like something to listen to during a rainy day while looking out the window. The temperatures would have been much cooler in the Kanto area by October as well. A contemplative Chisato song....who would have thought of it? It peaked at No. 2 on Oricon.

As for my third summer in Toronto after coming back home....well, it does get humid here, too, but nothing on the level of Tokyo. Moreover, there isn't a 173-cm sweat blot on my bed. 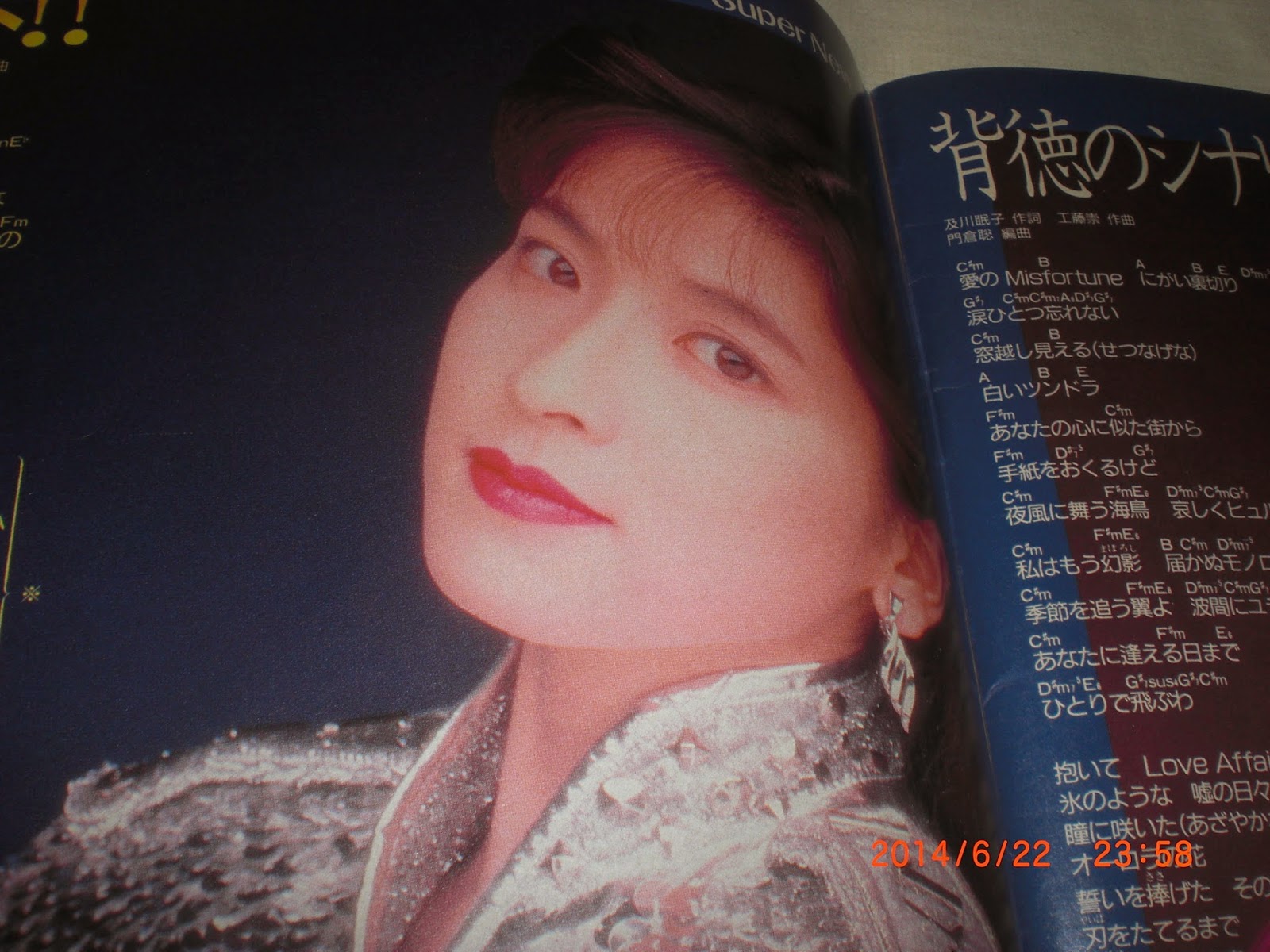