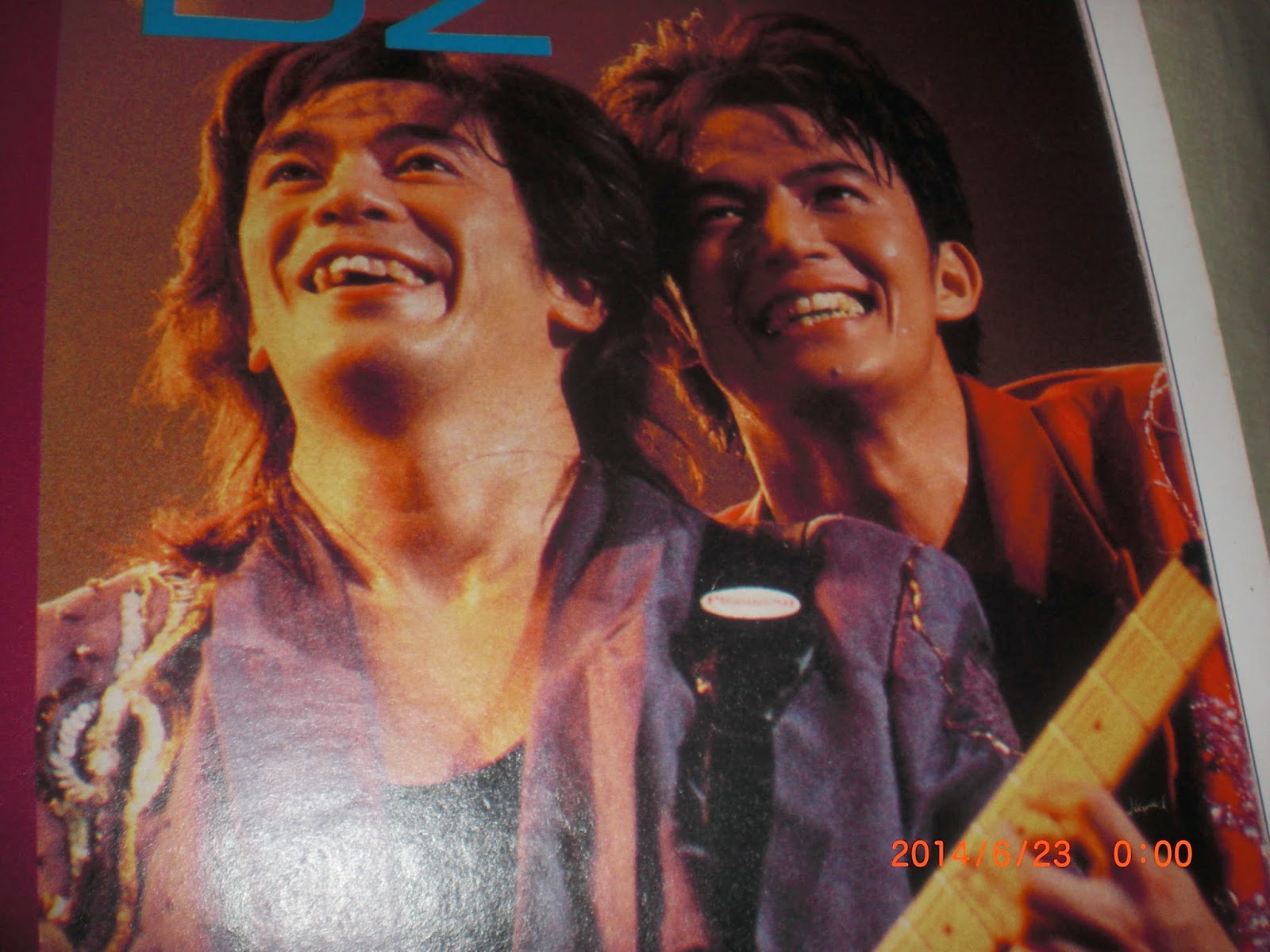 Man, that picture above is about the happiest I've ever seen B'z. Unfortunately, I've never been to one of their concerts (apparently the guys slipped in and out of Toronto a couple of years ago for a small gig) so perhaps at least one of them has cracked a smile but usually they've impressed me as being one of the more serious-looking Japanese bands out there. The look on vocalist Koshi Inaba's （稲葉浩志）face always told me, "Got me a job to do and I'm gonna rock it out of the bloody park!"

A little over a couple of years ago, I wrote the article on the song, "Bad Communication" which often acted as my really loud wake-up tune in my first several months in Gunma Prefecture. And it was quite the intro to B'z. Hearing that and seeing the Rie Miyazawa commercial that was attached to it had me flying out of my futon and down for breakfast. Anyways, I decided I wanted to follow up and follow through on that article by expanding things to the whole mini-album of the same title.

"Bad Communication" the album came out in October 1989 with 3 songs including the title track. The other two tracks were "Out of the Rain" and "DA-KA-RA-SO-NO-TE-O-HA-NA-SHI-TE", both of which were English versions of previous B'z songs labeled as "Off The Lock Style". "Out of the Rain" was originally "Kimi wo Ima Dakitai"（君を今抱きたい...I Wanna Hold You Now）from the band's debut album, "B'z" in 1988. Remembering their early days of more synth-driven rock, I thought "Out of the Rain" was a bit influenced by New Order which had me getting interested in the song immediately. This newer version is apparently still the longest song that Inaba and partner Takahiro Matsumoto（松本孝弘）have created at a little over 7:30.

The above is the original "Kimi wo Ima Dakitai". Relatively "softer" than the version in "Bad Communication", Inaba's vocals sounded a bit creamier here, for lack of a better way to say it.

"DA-KA-RA-SO-NO-TE-O-HA-NA-SHI-TE" started off like something from a TM Network/Tetsuya Komuro （小室哲哉）work until Inaba and Matsumoto's guitar started chiming in. To be honest, after I first got to know B'z, for a while I thought that the band was an offshoot of TM Network. In any case, this was a pretty rousing way to finish the album and my idea of a music video for it would have been for the handsome Inaba to be trying to flee from a mass of ravenous women. It does have that chase feeling in it. Originally, it was known just as "Dakara Sono Te wo Hanashite"（だからその手を離して...So Let Go of That Hand）, B'z's debut single from 1988.

However, according to Wikipedia, the usual concert version that B'z plays of the song nowadays is the hard-rockin' Mixture Style from their BEST album "The 'Mixture'" (2000). So, plenty to digest through these 3 different versions.

As I mentioned in "Bad Communication" the song, "Bad Communication" the album went no higher than No. 12, but it had a lot of stamina as it ranked in at No. 29 on the 1990 annual charts, went up to No. 26 for 1991 and continued to hang in there at No. 87 in 1992. I think for a lot of the newer B'z fans, this album,with all of its sampling, synths and other sound effects will probably make for an interesting listen.
Posted by J-Canuck at 10:22 PM