One night, I saw a video on one of the Japanese music channels which featured singer-songwriter Ringo Shiina（椎名林檎）at one of her concerts performing a really cool song that I hadn't heard about. "Yokyo" (Alone is apparently the official English title although it directly translates as Sideshow).

There has also been something that I've always enjoyed about hearing Shiina against an orchestral arrangement...something that makes the song sound even more epic. "Yokyo" as performed in her RINGO EXPO-08 concert starts off with that certain sultriness that came to the fore in her 2007 album, "Heisei Fuuzoku"（平成風俗）before it all blasts off like a theme song for a James Bond movie. In fact, the arrangement reminded me more of Kahoru Kohiruimaki（小比類巻かほる）.

I ended up getting the album that "Yokyo" is included in, "Sanmon Gossip"（三文ゴシップ Superficial Gossip）which came out in June 2009, although that particular track wasn't the sole reason for me to purchase it. There were other interesting tracks and I have to admit that the saucy promotion poster of Shiina posing supposedly nude behind her guitar was a bit of an incentive. It was a bit unfortunate then that the original rock version of "Yokyo" wasn't quite as epic-sounding. That version is at the top.

That concert video is at the above link. 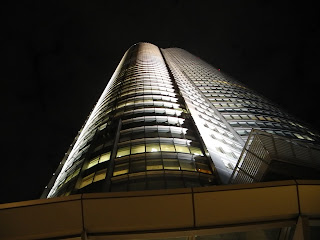