In my job, I don't get too much of an opportunity to go out of the house during the weekdays so when a couple of friends contacted me last week to see if we could all get together for dinner out in the west end of Toronto, I was more than happy to oblige. Commuting is one thing I do not miss at all in my current career but hopping on the subway in mid-afternoon made for a nice change of scenery.

Speaking of scenery, Toronto is in the latter half of autumn so some of the sparkle in the fall colours has started to fade, but it was still good to see what was still on the trees on the ride over to the end of the line. Got back home to find out that "Kayo Concert" was pre-empted for a kayo charity concert in Gunma Prefecture (one of my old haunts). There was the mix of enka, New Music and anison in there but then I heard this lovely old chestnut tonight as well.

As soon as I heard the orchestral version of "Sato no Aki" (Autumn in the Village), I knew it was a tune from many decades back and the fact that it was most likely a children's song. And in fact, it was a song originally sung by Masako Kawada（川田正子）, a singer of such tunes. Nobuo Saito（斎藤信夫）wrote the lyrics and Minoru Kainuma（海沼實）took care of the melody and the song was released as a single in 1948, although Kawada had first performed it on a radio program as far back as 1945.


Becoming a standard listed in the songbook for music classes in elementary schools, it's no surprise that a lot of singers have performed it over the years. The above is Masako Mori's（森昌子）version while Sayuri Ishikawa（石川さゆり）covers it below.


In 2007, "Sato no Aki" was selected as one of the Nihon no Uta Hyakusen（日本の歌百選...Collection of 100 Japanese Songs）sponsored by the Agency for Cultural Affairs. 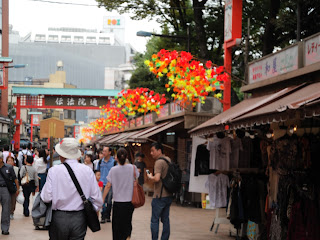