Tuesday is not only "Kayo Concert" night but it is also Superhero TV night for me. I'm writing this between broadcasts of "Agents of SHIELD" and "The Flash" so I needed a bit down-to-earth and what can be more down-to-earth than a Sing Like Talking song?

Well, strangely enough, I think a good chunk of the characters on tonight's "SHIELD" episode could have used a bit of listening to "Hanarezu ni Atatamete" (Hold Onto Me And Keep Me Warm) since there were a number of hearts broken tonight. Sing Like Talking's 12th single was released in February 1993 and as the title intimates, it's all about keeping the faith and keeping together throughout the trials and tribulations.

Written by SLT keyboardist Chiaki Fujita（藤田千章）and composed by vocalist Chikuzen Sato（佐藤竹善）, "Hanarezu ni Atatamete" is a soothing ballad with some melodic and dramatic high points. Overall though it's a reassuring song given by the smooth Sato as a best friend's arm-around-the-shoulder advice. The synths and the harmonica are also wonderful.

I first heard the song on their BEST album, "Second Reunion" from 1998 but it was also a track on the band's 6th album "Encounter" which came out at the same time as the single. And it was also used as one of the ending themes for the TBS variety show "Move". 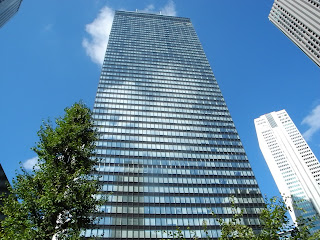