Another karaoke duet favourite, "Lonely Chaplin" first struck my ears being sung by a couple of colleagues at a karaoke bar in Numata City, Gunma Prefecture. Interesting this place. It serves as a venue for customers to sing their lungs out for 1-hour intervals but then at the end of the hour, dry ice smoke comes billowing out of the vents and the place become a disco for about 20 minutes, before switching back to karaoke mode again. I was thinking about that bar a lot when I went to bed that night.

Interesting this song. The lyrics talk of parted lovers which cover the first word in the title. But I've got no idea how Charlie Chaplin fits into it. Aside from the refrain, there's no other hint of one of the most iconic characters in cinematic history. And again, despite the fact that soul singer and lead vocal for Rats & Star Masayuki 'Martin' Suzuki（鈴木雅之）created the song with lyricist Fumiko Okada（岡田ふみ子） in 1987, the beginning of the song sure sounds similar to Whitney's and Jermaine's "Take Good Care of my Heart", which means that "Lonely Chaplin" and "Eien no Morning Moon" （永遠のモーニング・ムーン）by Etsuko Sai and Toshinobu Kubota （彩恵津子・久保田利伸）could be kissing cousins.

Homage aside, the song still sounds cool....cool enough for me to track it down as being part of Kiyomi Suzuki's（鈴木聖美） debut album, "WOMAN", released in May of that year. It peaked at No. 10 on the Oricon weeklies and became the 37th-ranked album of 1987. The single itself was released on July 1 1987 and went as high as No. 18 after a slow start. The name Suzuki is as common a name in Japan as Smith is over here in Canada or the States, but Kiyomi Suzuki is indeed a relative of Martin....his older sister. He encouraged her to join the singing world and she became a backup singer for The Rats & Star before coming out with her own album. She definitely has the chops as a soul singer like her kid brother.


Here's a performance by the Suzuki siblings. By the looks of the stage, it was probably on the long-running Fuji-TV music program, "Music Fair". 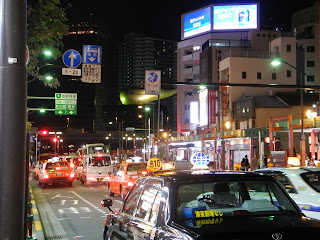