As soon as I saw the words FLIP-FLAP pop up on some page online, certain memory engrams lit up in long-awaited recognition. There was a point in the late 1990s when these twin sisters, Yuko and Aiko Kadoi（門井優子・門井愛子）, from Funabashi City, Chiba Prefecture, were being seen fairly frequently on TV such as the ad above. From what I've seen of their list of television shows, they were quite the presence for a few years anyways.

Of course, music would come calling for FLIP-FLAP, and the girls released a smattering of singles, mostly in the period between 1998 and 2000. The one song that I remember fairly well was "Happenings", their 5th single from December 1998 because of the video which had Yuko and Aiko doing the usual cute things twins would do in a music video, especially the scenes where they were mugging for the camera in the the convertible. However, the song which was written and composed by Nobuhiko Kashihara（樫原伸彦）isn't too bad in terms of earworm status, in particular with the "Everybody's waitin'..." refrain. Basically, I think the message is not to sweat the small stuff too much and just chill.


Not sure how well their singles fared but apparently the Kadois are still active according to their website, at least in terms of their own personal blogs.


Of course, Miku Hatsune（初音ミク）has gotten into the mix although I'm not sure the performance is too twinny. 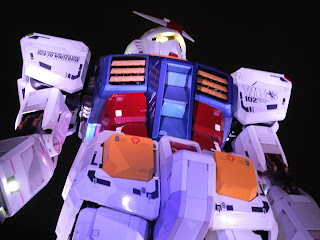