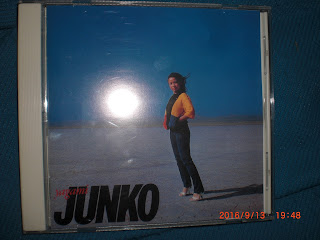 I actually bought a couple of later BEST compilations by singer-songwriter Junko Yagami（八神純子）many years ago but my last acquisition of her best work was her very first BEST album, "Junko The Best" from October 1980. Until recently, I hadn't realized how special this release was but I'm certainly appreciating it now since unlike other BEST compilations, it's fairly short at 10 tracks...the size of a regular album, and sometimes it's nice to not have to exhaust myself listening to a huge chunk of a singer's discography.

Furthermore, the original LP's Side A consists entirely of songs that had never been put on any of Yagami's 3 previous albums although they may have been placed as B-sides on her singles up to and including 1980. Those will be the first four songs in the lineup as follows:

The actual album itself is selling at Amazon so you can listen to the excerpts there at least:


Unfortunately, I couldn't find any evidence of Yagami's "Umaku Ikanakutemo" (Even If It Doesn't Go Well) online although there is a self-cover up on YouTube by the songwriter responsible for it, Yoko Shibata（柴田容子）, which I will cover shortly. (May 28 2017: Actually I finally did find the original above.)

So, let's start off with the lovely and smooth "Ai Iro no Kisetsu" (Season of Love Colours) which was created for Yagami back in 1975. Written by Takashi Matsumoto（松本隆）and composed by Mitsuo Hagita（萩田光雄）, Yagami delivers it with the panache that only she can provide in a ballad. The music flows along as if she were singing this in an intimate club setting before things get slightly funky near the end.


"Be My Best Friend" was written and composed by Etsuko Yamakawa（山川恵津子）in 1980, and despite the happy and light bossa nova, another Yagami touch in her earlier works, the song is somewhat lyrically bittersweet as a woman starts to engage life following a 4-year relationship without the fellow. It's all about the recovery.

The fourth track on "Junko The Best", "Watashi no Uta no Kokoro no Sekai" (The World of My Song's Heart) is another quintessentially beautiful Yagami ballad plus I did find the singer-songwriter who created it, Makiko Takada（高田真樹子）, doing her version online. Another one to tackle later on, but you can still hear a bit of it via the Amazon link.

"Amai Seikatsu" (A Naive Life) was Yagami's 8th single from February 1980. Composer Yagami certainly starts it off with a good dollop of drama with Yoshiko Miura's（三浦徳子）telling of a woman kissing off a lover rather bitterly. I can imagine a good deal of rain falling over that particular scene.

Yagami wrote and composed "Toki no Nagare ni" (In The Flow of Time) in 1978 for her first album "Omoide wa Utsukushi Sugite" as a mildly disco tune about the vagaries of love. A nice City Pop song with that Yagami vocal range getting put to good use.

I have to finish this BEST off with one of my very favourite Yagami songs, "Purpletown". Hopefully, the above video stays for a while but here is a performance with Yagami and Hiromi Iwasaki（岩崎宏美）of that big hit (Fraid not, but hey, here is the original!).

Happy to say, "Junko The Best" may have been released rather late in 1980 but not only did it hit No. 1 on the charts but it also quickly became the 35th-ranked album of the year. And apparently since it did so well, there are 19 more BEST albums by her that have come out over the decades according to J-Wiki, the most recent being released in 2012. 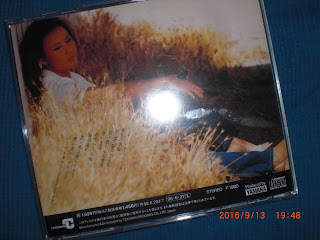