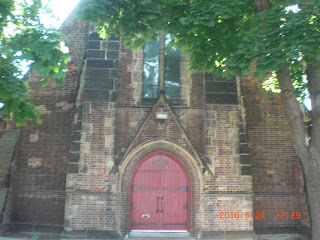 I just discovered on J-Wiki that there was a name to cover the music sung by these mellow female singers and singer-songwriters in the late 1980s and early 1990s. Apparently the easy name of Girl Pop was used to describe the works of ladies like Miki Imai（今井美樹）, Mariko Nagai（永井真理子）, Reimy（麗美）and Midori Karashima（辛島美登里）.

Another name I have encountered now and then over the years that was also listed as being part of this genre is Shoko Inoue（井上昌己）. Up to now, I hadn't explored any of her work but listening to "Kamisama no Mystique" (Divine Mystique), I feel that I should have gotten onto the bandwagon a whole lot earlier.

"Kamisama no Mystique" was released as Inoue's 5th single from May 1990 and though realizing that it may not be an iconic song, it's still very pleasant to listen to. Inoue, who hails from Ehime Prefecture, even sounds a bit like Seiko Matsuda（松田聖子）as she sings about the trials and tribulations of entering a romance fraught with all sorts of potential pitfalls. The lyrics were provided by Goro Matsui（松井五郎）while Kenjiro Sakiya（崎谷健次郎）took care of the gentle but fairly bouncy melody that hints at the action taking place in the big city.


The song also belonged to Inoue's 3rd album "matiere" from the same month that the single was released. All of the tracks were written by Matsui with folks like Yasuhiro Abe（安部恭弘）, Chikuzen Sato（佐藤竹善）and Chika Ueda（上田知華）joining Sakiya in weaving together the songs. With a composer lineup like that, I can imagine that the album was pretty AOR in character.

Inoue had started composing songs straight from elementary school and when she came to Tokyo to study at university, she even won the rookie audition for the very first Taurus Records Super Vocalist Contest. From there, she made her debut in May 1989 with the single "Mary Laurent no Shima"（メリー・ローランの島...Mary Laurent's Island [not sure whether that name is spelled correctly]）and the album "Kanojo no Shima"（彼女の島...Her Island）.

Although in her first decade or so, Inoue did have a lot of songs created for her by other songwriters, she has written and composed almost all of her works since 2002.
Posted by J-Canuck at 2:44 PM