I just saw on the NHK Morning News within the last 15 minutes that Prime Minister Abe has quietly made his first trip to Cuba. He's already met Fidel and Raul Castro, and I'm going to assume that he and his staff will be trying to bring Japanese-Cuban relations closer through some signed agreements.

However, there was already a much earlier cultural attempt through the formation of the fantastic salsa band Orquesta De La Luz all the way back in 1984 with singer NORA. So I've decided to bring in a bit of Latin flavor tonight in commemoration of this historic visit and showcase a 1991 song that was released by the band "Salsa ni Kokyo wa nai" (Salsa No Tiene Frontera) or "Salsa Without Borders" in English.

Written and composed by NORA, "Salsa ni Kokyo wa nai", the lyrics that are flashing on the screen in the video above seem to be telling about the story of the band itself and how people needn't be locked into just one country's music. Totally agree with that and I got a blog to illustrate that. Man, I love those sharp horns!

I'm not going to pretend that I know the intricacies of salsa music and perhaps NORA would admonish me that the music of Orquesta De La Luz doesn't need to be a think piece. It's supposed to be a platform to have tons of fun...preferably on the dance floor. One other reason that I put up the band tonight is that it's been well over 4 years (basically since the start of "Kayo Kyoku Plus") that I first wrote up about the band through their amazing cover of "Watashi wa Piano"（私はピアノ）as originally sung by Mizue Takada（高田みづえ）and the songwriter behind it, Keisuke Kuwata（桑田佳祐）of Southern All Stars. Definitely they were due for another article and this time, it's one of their own songs.

Their 2nd album was given the same title in 1991 and went Platinum, but a couple of years later, Orquesta De La Luz was able to sing the title track at the Kohaku Utagassen. 1993 was indeed a banner year for the band as their latest album at that time "La Aventura" was nominated for a Grammy Award and they were even awarded with the United Nations Peace Medal. 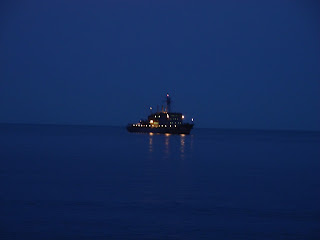