Man, is this a hammock-friendly album! This is another one of my wonderful accidental discoveries on YouTube, and as one Japanese website put it, it's "a mysterious but famous recording".

"Summertime Love Song" was an album put out by a band called The Milky Way in 1979, and according to that same website, the group was put together by guitarist Makoto Matsushita（松下誠）and keyboardist Kazuo Nobuta（信田一男）. I knew that voice dreamily putting out the title track sounded very familiar and indeed it was Matsushita. Basically, the band consisted of teachers and students (with Nobuta being the Jedi Master and Matsushita the Padawan at the time) from what is now the Yamaha Music Academy getting together to put out some of that mellow music.

The album mostly had Japanese-language covers of AOR songs with the last three tracks being original compositions including the title track. "Summertime Love Song" is just the perfect track to sway in that hammock by the shoreline while sucking back a mai tai or some other cocktail. Matsushita's smooth voice definitely helps out in the relaxation process and that mesmerizing repeating rhythm at the intro and outro pretty much sets up the listener for the horizontal position.


"Surfin' Summer" is the cover of the late Natalie Cole's "La Costa". I'm gonna have to listen to the original but this version by The Milky Way is suitably dreamy in all of its bossa nova-ness. However, I think it's also one of those tunes that would go well with a light dinner jacket and a reservation at a darn good restaurant near the coast. Two martinis, please.


My final track here is "Jamaica Moon", aka "Under The Jamaican Moon" originally recorded by Nick DeCaro which is another mellow bossa nova tune for a nice evening listen. I'll have another rum & coke. The original songwriters were Stephen H. Bishop and Leah Kunkel with Yoshiko Miura（三浦徳子）providing the Japanese lyrics.

Supposedly, some of those old and used music stores I know in Tokyo may actually be selling the original LP of "Summertime Love Song" for as much as 7000 yen, although I wouldn't be surprised if it were going for even higher. But hey, if it's available as a CD, I would be happy to invest in it.


If I'm not mistaken, this may be the Natalie Cole original of "La Costa".


And this is Nick DeCaro performing "Under The Jamaican Moon" from his 1974 album, "Italian Graffiti". 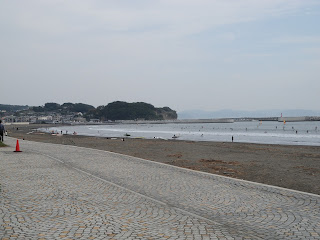