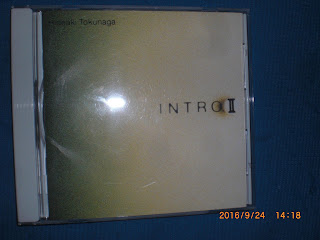 Welcome back to "Kayo Kyoku Plus", Hideaki! It's been a good long while!

Starting off with a bit of an aside, as I've mentioned in a lot of my articles, in the late 1980s, my old friends from university and I used to hit this karaoke spot called Kuri in the tony Yorkville area at the end of the week for several hours of drinking and singing. Well, once I graduated from U of T, I had those 2 years in Gunma Prefecture on the JET Programme after which I came back for 3 years in T.O. for study. Joining up with my old university club for a second round, this next generation of members had a whole lot more working-holiday visa students so the karaoke routine was further perpetuated.

But it looks like Kuri went the way of the dodo during my time away so our small group ended up a little more downtown at a place called Sushi Bistro (also gone) on Queen West. There was the main restaurant on the first floor while on the second, there was a karaoke bar and then some private rooms acting as karaoke boxes. Thinking back on those nights there in the early 1990s, those rooms were fairly grotty compared to the sleek chambers of a typical Shidax or Big Echo karaoke complex but as long as we had the drinks and an operating karaoke facility in Toronto, we were all quite happy.


Anyways, one of our members in the 90s group had this one song that he enjoyed singing a lot any time we were at Sushi Bistro, and it was one of those tunes that I had completely forgotten about until very recently. It happened to be "Saigo no Iiwake" (The Last Excuse) by Hideaki Tokunaga（徳永英明）, his 6th single from October 1988.

Written by Keiko Aso（麻生圭子）and composed by Tokunaga himself, "Saigo no Iiwake" is one gutwrenchingly sad ballad, especially when delivered by this singer with the high tones and the puppy dog face. Starting with this slow piano melody which sounds a bit like Pachelbel's "Canon", the whole song has this tone of a requiem to a lost relationship either by death or one big screw-up by the guy (considering the title, it's probably the latter). Tokunaga's music has these echoes of reminiscing about the good times anchored firmly in the sadness of the present, and when he goes into the refrain especially at the end, he absolutely embraces his inner anguish with that feeling of "WHAT WAS I THINKING?!" It probably had his many fans sobbing into their handkerchiefs and ready to run to his management, begging for his location to console him.


According to J-Wiki, Tokunaga had woven the melody to fit Aso's lyrics and in doing so, he started weeping. "Saigo no Iiwake" went as high as No. 4 on Oricon and took the very last spot in the 1988 Top 100. A year later, it was ranked at No. 69. The song is also a track on his 5th album, "Realize" from May 1989 which peaked at No. 2 on the weekly charts.


Shidax is quite the emporium for karaoke. Their branches look like a mix between a Disney facility and a Las Vegas hotel, and not surprisingly, I think they are the most expensive karaoke chain in Japan. But I gotta say that their food is pretty darn top-notch...at the same level of an izakaya. So it's too bad I heard that a number of their branches are going to be closed down gradually due to an economic shortfall.
Posted by J-Canuck at 7:09 PM