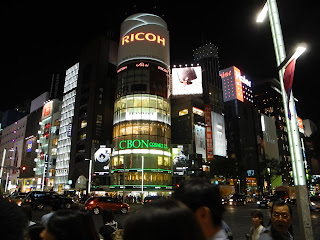 Well for "Star Trek" fans all over the world, today is the day! 50 years ago, the very first episode featuring the original Captain James Tiberius Kirk, Commander Spock and Dr. McCoy, "The Man Trap", was broadcast on NBC.


As with any other country on Sol III, there has been a healthy fandom of Trekkies in Japan ever since the original series was played there under the title of "Uchuu Daisakusen"（宇宙大作戦...The Great Space Operation）. I gotta admit that the Japanese seiyuu playing Kirk was really wordy with that introduction and it was fairly hilarious seeing a smiling Spock being shown in the credits. And Scotty was called Charlie?!

I was actually searching to see whether there had been any original song provided for the Japanese dub of "Star Trek" but I couldn't find anything there. So I decided to check for any kayo with the word "hoshi" or "star" in the title. And I had much better luck in that case. This time, I have an old duet from 1962 with The Big Man himself, Yujiro Ishihara（石原裕次郎）, and Junko Makimura（牧村旬子）singing "Ginza no Sora ni mo Hoshi ga aru" (There are Stars Even in the Sky Over Ginza). Nope, it really doesn't have anything to do with space exploration but it does have that larger-than-life figure in Ishihara...kinda like the larger-than-life William Shatner.

A little over a year previously, Ishihara and Makimura had come out with a classic kayo in the form of "Ginza no Koi no Monogatari"（銀座の恋の物語）which had all that boozy jazz reflecting that night out in one of Tokyo's most expensive examples of real estate (yeah, even pricier than Toronto). Well, the two of them reunited to release another duet in March 1962. However, this particular ballad is a bit more subdued in that instead of the horns and saxes, we have a more melancholy clarinet weaving throughout the melody by Shinichi Nozaki（野崎真一）. The lyrics by Hisao Ohtaka（大高ひさを）, who incidentally was also responsible for the words behind "Ginza no Koi no Monogatari", has the protagonist reminiscing over old times walking through Ginza, probably with a girl wrapped around his arm back then. Perhaps the fellow is now tipsy, shambling and far more alone than he deserves to be.

Perhaps it's for this reason that "Ginza no Sora ni mo Hoshi ga aru" hasn't been quite as well remembered as "Ginza no Koi no Monogatari". Maybe it's just a little too sad. However, who does boozy melancholy better than Ishihara? And going back to "Star Trek", I've always seen James T. Kirk as a profoundly lonely man. He may have had the reputation of having a girl in every space port but at the end of the day, his only ultimate companion is the USS Enterprise.