For you anime fans, if the name Eri Ohno（大野えり）rings a certain bell, it is because she sang an epic torch ballad for one of the "Lupin III" movies in the 1990s called "Destiny Love".

However, by profession, she is a jazz singer and so I encountered this likable hep cat affair by her just into the 1980s called "Trad Man". I'm writing this article in broad daylight in the afternoon but this makes for a nice little evening listen over cocktails. I couldn't find out who took care of the music and lyrics, but "Trad Man" was a track on her 3rd album "eri" from October 1980, and apparently the song was used for a few years for Hitachi commercials in the early part of the decade. I never would have thought to put jazz and a multi-conglomerate together.

My interest in jazz has ebbed over the years but once in a while, I still appreciate that Big Band sound. 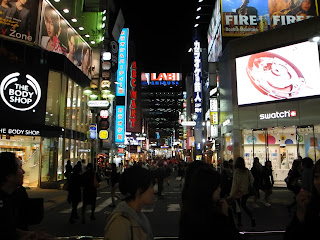