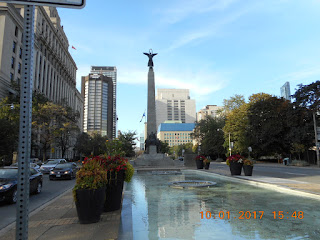 A few months ago, I wrote about a song introducing a folk singer/actor by the name of Hiroshi "GWAN" Sato（佐藤GWAN博）whose "Tanpopo no O-Sake"（たんぽぽのお酒）was fun enough to talk about. I mentioned that I would write more about him due to the presence of some other songs on YouTube.

Well, I dug up this one that was the title track for his debut album "Aozora"（Blue Sky）from 1976. It's the musical equivalent of a pleasant traipse through a park with that hint of City Pop. However, since I didn't get the impression that there was anything especially urban about the song, I decided to categorize it as a New Music tune. Sato doesn't sound as if he is classically trained in voice but I think that works to his and the song's advantage. He's just the everyday bloke cherishing his time off work and taking that stroll through green scenery under a blue sky.


I'm not sure when Sato performed this above version of "Aozora" but the arrangement this time is much more folksy with a whimsical country tang. Incidentally, the original song was arranged by Ryuichi Sakamoto（坂本龍一）. This version, though, doesn't take as many flights of fancy as the original did. It's more of a happy straight-ahead telling. Hard to choose which one I like better.
Posted by J-Canuck at 8:03 PM