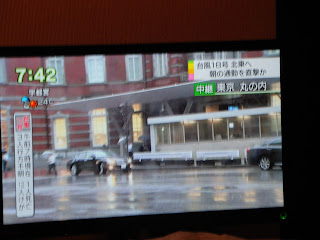 Try to imagine: three of the most distinct pop singers in Showa Era Japanese music together on a song.


Mind you, this was way early in their careers but back in the early 70s, Yumi Arai（荒井由実）, Tatsuro Yamashita（山下達郎）and Taeko Ohnuki（大貫妙子）were all there in the recording booth to sing "Juu-ni-gatsu no Ame" (December Rain). Yuming's 4th single from October 1974, I remember having this included on a mix tape by an old friend and it was this rather jaunty number although despite the title, I never thought that this was an Xmas song. I think the rain had something to do with it...Tokyo during my time there rarely got any snow in December, and perhaps rain wasn't all that plentiful either at that time.


Getting back to the fact that Yuming, Tats and Tabo were all together, the latter two were still involved with their band Sugar Babe（シュガー・ベイブ）so they were providing the backing chorus behind Ms. Arai as she sang about a woman one cold December morning still having some faint feelings for her former beau but accepting the fact he will always be her friend. It does sound like a quintessential Yuming tune.

No idea how it did on the Oricon singles chart, but it did get onto her 2nd album "MISSLIM" which came out on the same day as "Juu-ni-gatsu no Ame", and that was a Top 10 release by peaking at No. 8. I figure I ought to do an article on the album as a whole.
Posted by J-Canuck at 2:02 PM