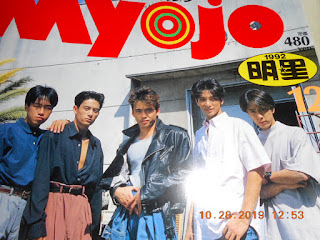 In the midst of prepping for this particular article, I came across this article on Wikipedia: "List of anime series by episode count". "Sazae-san" (サザエさん）, which has been going on non-stop since October 1969, is at the very top which doesn't surprise me. The epic anime about the Fuguta family has over 7,000 episodes and it's far above its nearest competitor. Speaking about that 2nd-place series, I'd heard about "Nintama Rantaro"（忍たま乱太郎...Rantaro the Ninja Boy） but never watched a single episode. Yet, it's been going strong since April 1993 with over 2,200 episodes under its belt. I would have thought that "Chibi Maruko-chan"（ちびまる子ちゃん）was fairly close to the top but it's actually in 11th place with a little under 1,300 episodes.

Anyways, "Nintama Rantaro" is about little Rantaro and his cute friends as they go to ninja school. Interestingly enough, Rantaro is voiced by veteran seiyuu Minami Takayama（高山みなみ）, the same voice actor behind genius detective Conan Edogawa, and that show is in 16th place!

However, let's get away from the anime itself since I'm here to write about the opening theme song for "Nintama Rantaro". I actually heard "Yuuki 100%" (Courage 100%) for the first time yesterday afternoon when one contestant on NHK's "Nodo Jiman"（のど自慢）showed up to perform this very tune. Liking the cut of its jib, I decided to dig a bit more into the song.

I've primarily known Johnny's group Hikaru Genji（光GENJI）for their late 1980s heyday with hits such as "Paradise Ginga" (パラダイス銀河）but it's already been shown on the blog that the roller-skating group did go on successfully into the 1990s with numbers including "Kouya no Megalopolis"（荒野のメガロポリス）. "Yuuki 100%" was their 21st single from May 1993 and it has remained the theme song for "Nintama Rantaro" right to the present day.

Listening to the original version by Hikaru Genji, I can understand why it was another Top 10 hit for Kazumi Moroboshi（諸星和己） and the rest of the group (peaked at No. 7). Lyricist Goro Matsui（松井五郎）and composer Koji Makaino（馬飼野浩二）created quite the anison banger with "Yuuki 100%". I'm not sure when the anime was televised on NHK but if this has been a morning show, then the song should be acting as the kids' happy OJ. The good vibes emanating from this one reminds me of the same feelings that I've gotten from "AMBITIOUS JAPAN" by Hikaru Genji's kohai group, TOKIO, which came out a decade later.

In fact, according to J-Wiki, "Yuuki 100%" has been used frequently at the Sports Day activities for kindergarten and elementary school students. Additionally, the song would prove to be Hikaru Genji's final invitation to the Kohaku Utagassen that year. Some more trivia includes the fact that composer Makaino was on keyboards, City Pop maestro Makoto Matsushita（松下誠）was on guitar and Eiji Arai（新井英治）was on trombone.