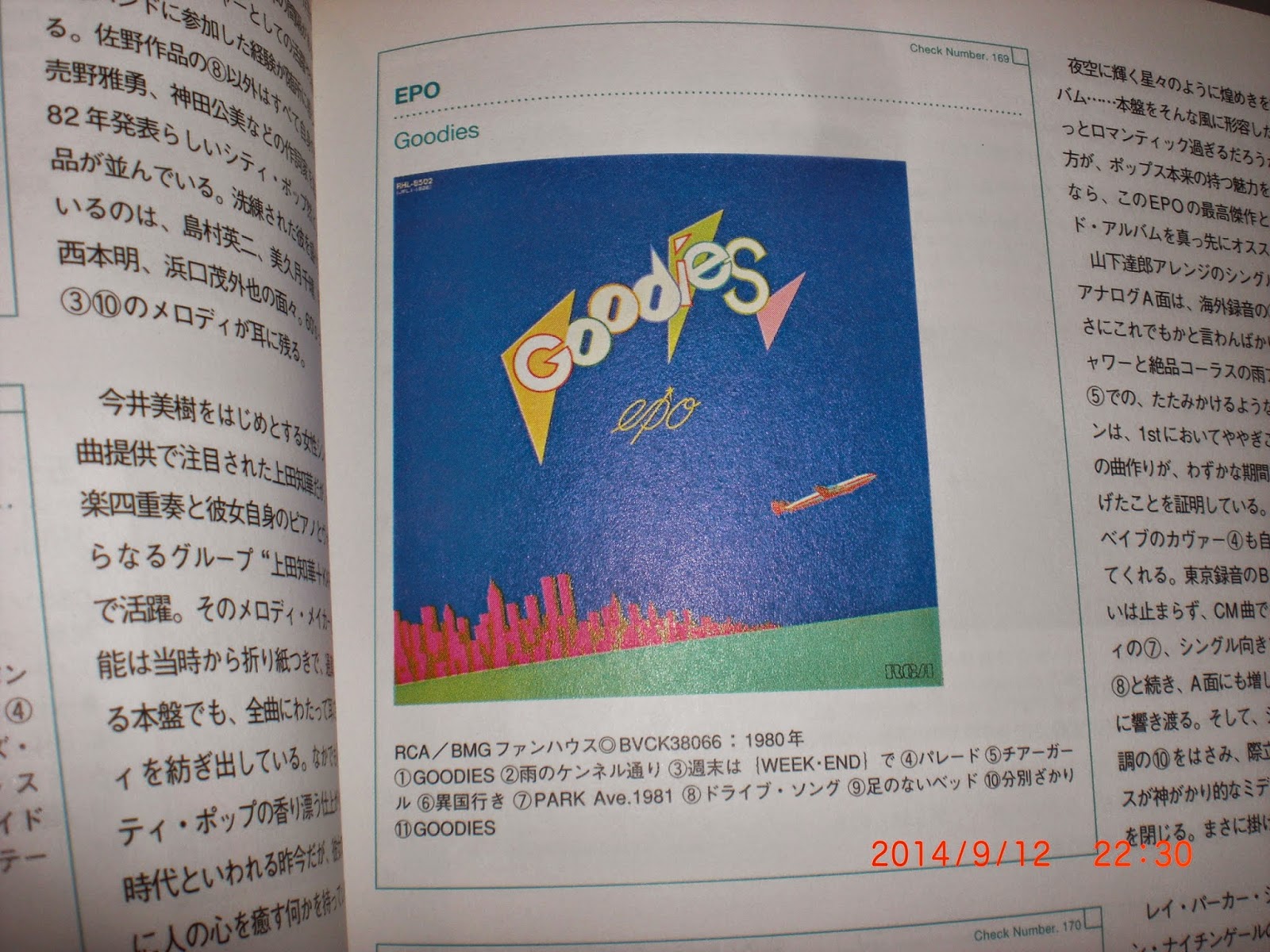 For the past couple of days, I've been struggling with a translation assignment which involves trying to read the chicken scrawls of a doctor. I mean, the vast majority of his report is untranslatable! I wasn't sure whether I was reading Japanese kanji, Egyptian hieroglyphics or Old High Klingon. Not sure how I'm going to handle this but that's what life is all about, isn't it? Overcoming challenges and all that, eh? Two ways I do that: one is cooking, so I took care of the family dinner by frying up some homemade burgers tonight. The second method is listening to some good ol' comfortable Japanese pop from an earlier age!

So I got my EPO....the singer, not the performance-enhancing drug. I do love my positive and cheerful City Pop, and Ms. Sato represents a lot of that sound. According to "Japanese City Pop", the reviewer for her 2nd album in 1980, "Goodies", absolutely gushed about this release which has the classic City Pop symbol of a plane taking off for exotic and exciting climes on its cover. I had a chance to get this album during my time in Japan when there was a sudden flood of remastered re-releases of the older Showa Era pop on CD but I simply missed my opportunity and once again, it seems to be back in the rare and pricey category on the various websites.

Fortunately, a couple of the tracks got onto EPO's BEST releases one of which was, "Ame no Kennel Douri" (Rainy Kennel Street).  Written and composed by the singer-songwriter, it's pure EPO (the singer AND/OR the performance-enhancing drug) for me. If there were an actual performance music video, it would have EPO herself and a battery of umbrella-holding dancers strutting merrily down a street in a downpour that would have Gene Kelly's spirit grinning in admiration. It checks off the tropes for an EPO tune: happy gala melody with that slight old disco flavour and the singer's cute vocal gymnastics. And speaking of videos, the one at the above link is a nice creation which made me want to return to Tokyo.

I'm just going by memory here but I recall the liner notes from her first BEST album "The Best Station JOEPO 1980-1984" in which she talked about "Ame no Kennel Douri". Apparently, she titled the song after a famous dog kennel located in the trendy and ritzy Aoyama neighbourhood near Omotesando Station that I often passed by whenever I met friends in the area. I never got myself a pooch there but did enjoy frequenting the Kentucky Fried Chicken down the street, and of course, there was the famous Kinokuniya Supermarket where I got the Halloween pumpkins. In any case, the song's got me back to a happy place that will last me through the night and into tomorrow....when I have to tackle the hieroglyphics again.