Seeing the name of Kiyoshi Maekawa's (前川 清) 29th solo single that was released on the 26th of May 2004 made me do a double take. The thought of Mae-Kiyo singing about water was rather amusing and intriguing. To me, with the name of the song being 'Oishii Mizu' and all, it made it seem as though it was one of those commercial jingles advertising spring/mineral water... actually I wouldn't be surprised if it was used for just that.

Anyway, long story short I eventually got myself to listen to it with the reason being: It's Maekawa, you can't really go wrong with his songs. Why I say that is because about half of his songs (somewhat recent ones to be exact) sound more like regular old pop songs than Mood Kayo or Enka, I know that from experience. So they are generally quite easy on the ears - he's a good choice if you want to start listening to Mood Kayo or Enka. Another such fellow would be Hiroshi Itsuki (五木ひろし).

Okay returning back to the song. It was indeed one of those Mae-Kiyo songs that leaned to the genre of 'Pop'. The moment I heard the music, I literally had that Leonardo DiCaprio as Calvin Candie moment from the movie 'Django unchained' where he went, "Gentlemen, you had my curiosity, but now you have my attention."

I would say that like its name, 'Oishii Mizu' sounded refreshing. Cooling. Makes you envision relaxing on a quite green hill with the gentle wind whisking by, all while enjoying the view of a crystalline river flowing from the snow-capped mountains. Ah, actually kinda reminds me of the Montserrat mountains of Catalonia too. This was composed by Takashi Tsushimi (都志見隆), the guy responsible for composing many other Mae-Kiyo songs like one of my favorites 'Otoko to onna no kakera' (男と女の破片) from 1991.

As for the lyrics, they were done by the late Yu Aku (阿久悠). In terms of the song's meaning, I came up with 2 possible interpretations. First one being that it was talking about water itself being essential for people, technical stuff like that. But I highly doubt the legendary lyricist would write about something so literal. So that brought me to the more likely second outcome, which was that the water mentioned was supposed to symbolize something that all humans need and want... they thirst for it - internal desires and what they want to hear. Or well, you know, something on that line. Hmm, for someone who hates literature (the subject) with an intense passion, that's by far the most literary interpretation I came up with.

Just as a side note, I was still filled with that elation of watching Mae-Kiyo on TV just a couple of hours ago as I wrote this article... although my pops was talking on the phone with a friend with that loud voice of his while it was Maekawa's turn to sing and he only hung up when the song ended... *tsk* well, so much for that.

Eh, at least I got to see my... ... Favorite singer on the tube again. What? You thought I was going to say something else other than 'Favorite singer'? Pfft, whaaat? No way... ... 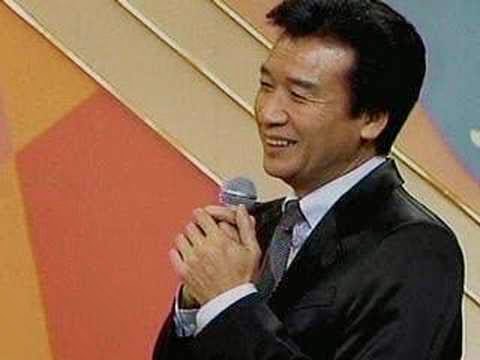