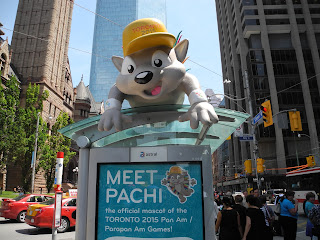 The last time I wrote on an AKB48 song was around Halloween 2015 for the appropriately timed "Halloween Night". I may not be an aficionado of their brand of aidoru pop but when the melody goes for something a little more off the beaten path for them...such as 70s disco for "Halloween Night", I can be down for that.


Well, on an episode of "Uta Kon"（うたコン）late in May, the group appeared to perform something that was indeed out of the ordinary. Sounding like it was a folk song/romantic ballad created in Europe, "Negaigoto no Mochigusare" kept my attention due partly because of the marionette-like choreography and partly due to an arrangement that had me reminiscing of some of the "exotic" kayo that was coming out around those late 70s that I already referred to above. Of course, a song that sounds as if it came from the European countryside will have me thinking of Taeko Ohnuki（大貫妙子）by default.

Released right on May 31 2017, the J-Wiki write-up on "Negaigoto no Mochigusare" had AKB48's papa and lyricist Yasushi Akimoto（秋元康）and composer Shiori Uchiyama（内山栞）going for the feeling of a Russian folk song in 6/8 time. For me, I was thinking of a melancholy waltz. The Wikipedia translation of the song has it as "Wishful Tumbling" which is quite vague to me; mochigusare is translated on Jisho.org as "unused possession" or something that is being wasted away from disuse, so perhaps "The Unwanted Part of a Wish" might be the more down-to-earth and harsher translation. From taking a cursory look at Akimoto's lyrics, AKB48 is singing about wishing everyone on the planet to be happy but being quite realistic about it. Total happiness may be as easy to grab as a mirage of apples but at least continuing to hope for it means that all hope is not lost.

There's not much of an explanation about the official music video on Wikipedia but there is one on J-Wiki. An elementary school in Shizuoka Prefecture (the place for green tea) closed for the last time on March 19 2017 so there was an air of the inevitability of parting as being such sweet sorrow which was what Akimoto wanted as the theme for the song. So several days before the official closing, some of the members of AKB48 paid a surprise visit to the school and the kids with the song being performed there.


Some of the comments I've come across about the song have not been too complimentary which I'm not too surprised about. "Negaigoto no Mochigusare" has a melody which might have caught at least some of the fans off-guard and may be seen as being too melancholy or just plain too old-fashioned. As someone who likes the old stuff, though, I don't mind it at all and it makes for an interesting change from the usual pop and disco (which I also like). In any event, it has become another No. 1 as the group's 48th single but of course we'll just have to wait and see how it does on the yearly charts.
Posted by J-Canuck at 3:51 PM