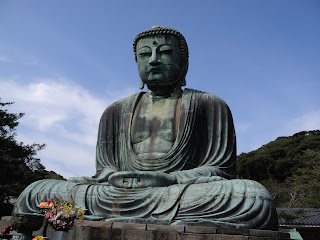 On tonight's "Uta Kon"（うたコン）, which incidentally I liked much better than last week's episode, there was a more flavourful tribute given to the late Hideo Murata（村田英雄）since the 15th anniversary of his passing is coming up. Unfortunately, I couldn't quite find the right video but although I've known him for his severe countenance, when he did smile, he can light up an entire banquet room! And sure enough, one of the video excerpts showed that beaming grin.


Nowadays, I think the thing to do for a beloved one who has left this mortal coil has been to not so much mourn his death but to celebrate his life. So perhaps I can indeed do the latter by putting up one of Murata's more joyous songs. This would be "Iwai Bushi" (Melody of Celebration) from June 1966. With that melody by Kanae Wada（和田香苗）indeed sounding quite festive, I could almost imagine Murata entering Haruo Minami's（三波春夫）sphere. And the lyrics by Hiroko Ohya（大矢弘子）seem to cover a whole range of things to celebrate, whether it be the summer festival or a full-blown wedding. Just put your hands together!

Murata managed to get onto the 1966 Kohaku Utagassen by performing this song which sounds absolutely ideal for something as celebratory as the NHK year-end special. And wouldn't it be something if it were performed again by one of the current enka stars? Bring back some of that bushi brio!
Posted by J-Canuck at 11:09 PM