Y'know...I have my fair share of Anri（杏里）albums but I have yet to acquire "Heaven Beach" which was her 4th studio album from November 1982. Despite the autumn release, it must have been quite nice to hear the summer sounds from this one. Well, I assume considering the lady and the song of this article which is a track from the album, that it is a summery concoction.


"Last Summer Whisper" probably hasn't gotten onto any of Anri's many BEST compilations since the song is perhaps a little too mellow in a generic sense. However, I think it's one of those songs that Anri fans like me will come across for the first time and remark, "Gee, where have you been all my life?" It's really just a nice song of that time period representing City Pop and J-AOR. Not surprisingly, it's City Pop guru Toshiki Kadomatsu（角松敏生）who took care of words and music, and perhaps it was from this album that the Anri/Kadomatsu collaboration era began.


Of course, when I mention Kadomatsu these days, I start thinking about how all those Vaporwave and Japanese Future Funk fans may be kneeling in awe of him for providing so much material to mold. I've been hot and cold with some of those creations on YouTube. However, I have to admit that this one fellow, Boosted Bob (who's quite self-effacing in his description), did a pretty good job with his Vaporwave rendition of "Last Summer Whisper".

The music still sounds pleasing with a bit of spookiness while Anri's voice has been transmogrified to sound like either a supremely mellow Ken Hirai（平井堅）or Noriyuki Makihara（槇原敬之）. Rather remarkable how that turned out.

Anyways, the original "Heaven Beach" only went as high as No. 89 on Oricon. I guess folks were too much into Christmas by that point. But no worries since Anri would go on an upswing as the 80s passed by. Plus, I still want to get the album. 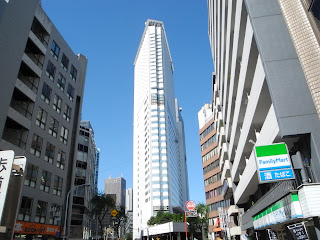