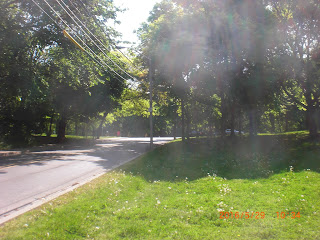 It was kinda hard to imagine as a kid that the dandelion was an unwelcome weed. It smelled like Juicy Fruit chewing gum, looked pretty in full bloom, and it had that cool dispersal system for its seeds. Just give it a blow and watch every seed fly off under its own parachute. My "hobby" of blowing fluffy dandelion seeds was curtailed at a young age when I ended up blowing a whole ton of them into a stiff wind...which ended up in the direction of my family and all of the picnic food on the table. NOT good times, they were.


Since those salad days, I have learned that though there are many commercials selling herbicide to get rid of the yellow flowers every year, the dandelion has provided some nice parts in terms of greens for salads and tea. I'm not sure how the flower has been treated in Japan but that famous ramen noodle western from 1985, "Tanpopo" does exist and that title is the Japanese word for dandelion. Plus, a couple of years earlier, Yumi Matsutoya（松任谷由実）had given her own tribute to the flower via "Dandelion".

Well, I've just come across this other dandelion-themed folk song (that flute gives it all away), "Tanpopo no O-Sake" (Dandelion Wine) from 1975. There wasn't a whole lot of information about the song on YouTube and there was a commenter who had asked about it...5 years ago, mind you. However, the mellow music and the lovely vocals by Hideko Yoshida（吉田日出子）intrigued me enough to take on the challenge to track this down.

First thing is that Yoshida is an actress, and when I looked up her biography in J-Wiki, there was no mention of her ever going behind the mike to sing so perhaps "Tanpopo no O-Sake" was a one-off. It would be too bad if that were indeed the case since I think she actually sings the song very well. According to her bio, she would have been over 30 years of age by this recording but she sounds like a teenager here.


Apparently, the song was perhaps first performed as the theme song for an NHK drama "Roku Nen Ni-kumi no Haru wa"（六年二組の春は...The Spring for Grade 6, Class 2）but I'm not sure whether Yoshida's version is the original one for this show. The lyrics of the lives of a bed of dandelions were written by Kazuko Fujimoto（藤本和子）and the music was composed by Hiroshi "GWAN" Sato（佐藤GWAN博）. Now to be clear, this isn't the late keyboardist Hiroshi Sato（佐藤博）who had come up with the marvelous City Pop album "Awakenings" but the folk singer/actor with the same name (Hiroshi Sato is pretty much like John Smith in Japan) whom I'll be distinguishing through the inclusion of his nickname GWAN in the Labels. Supposedly, according to Sato's bio on J-Wiki, he was given the nickname by fellow actor Ryuzo Hayashi（林隆三）since the singer had eyes that resembled those of a bird that had just gotten shot by a pellet gun (gun=GWAN....go on!). Moving on...

In any case, I have recently come across some other songs by GWAN online so I would like to explore and perhaps feature some of these in future articles.
Posted by J-Canuck at 3:43 PM