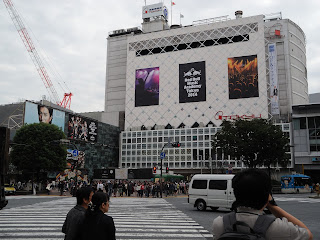 Just 18 months ago, I encountered the wonderful perky but cool wonders of Serani Poji（セラニポージ）thanks to some game music they provided back in 1999 for the Sega Dreamcast. Somehow those whispery vocals and the running R&B melody fit each other hand-in-glove.


Last night, I was reminded of the unit again when I discovered another really catchy tune by them called "Pipo Pipo". It was placed onto Serani Poji's 2nd album from November 2002, "one-room survival". This time, the melody canvas isn't R&B but the other aspect of Japanese urban contemporary, Shibuya-kei. In a way, the vocals fit even more with "Pipo Pipo" because they remind me of the breathy voice of Kahimi Karie（カヒミ・カリィ）.

In any case, "Pipo Pipo" is becoming a darn earworm now. I did mention in that first article that there were three folks involved in Serani Poji: Yukichi（ゆきち）, Yumi Higashino（東野佑美）, and Tomoko Sasaki（ササキトモコ）. Well, as it turns out, Yukichi completed the first album with Sasaki, "manamoon" before he left, and then Higashino came in for "one-room survival" and a third album before she left. Currently, it is just Sasaki minding the store with the latest album having come out back in 2010.
Posted by J-Canuck at 8:42 PM