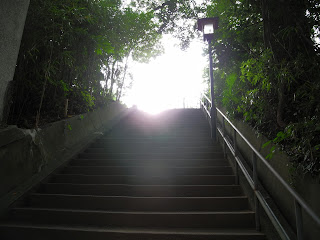 Was logging into Mixi this morning when I read the headline that singer, guitarist and songwriter Takayuki Inoue（井上堯之）had passed away a few days ago on May 2nd at the age of 77. He was a member of the famous Group Sounds band The Spiders（ザ・スパイダース）and the New Rock band PYG before striking out on his own and creating his own group Takayuki Inoue Band（井上堯之バンド）.


My tribute for him will be through the first track of his debut solo album "Water Mind" from 1976, "Hitori ~ I Stand Alone" (One Person). It's a lilting rock ballad composed by Inoue and written by Osami Kishibe（岸部修三）who would later be known as the veteran character actor Ittoku Kishibe（岸部一徳）. "I Stand Alone" sounds like the perfect 1970s theme tune for all of those lone wolves out there as Inoue sings about being left all to himself while he continues to sing his song. My image of the tune has him and his guitar in the loneliest but most beautiful environment, perhaps by the sea as the sun is going down, while singing to no one in particular.

I also have to give props to the creator of the video above. It was actually uploaded in January 2017 by Ryoichi Matsuura but it looks like it was created in notice of Inoue's passing, and the final images of the smiling young Inoue fading into the content appearance of the much older singer make it the perfect goodbye.


In 1978, George Yanagi & Rainy Wood（柳ジョージ＆レイニーウッド）performed a less intimate cover of "I Stand Alone" for their debut album "Time In Changes". The song still has plenty of that bluesy flavour.


However, there was an even earlier recording of the song by Yokohama musician-actor Dave Hirao（デイヴ平尾）as the B-side for his 1972 single "Boku-tachi no Yoake"（僕達の夜明け...Our Dawn）.
Posted by J-Canuck at 1:56 PM