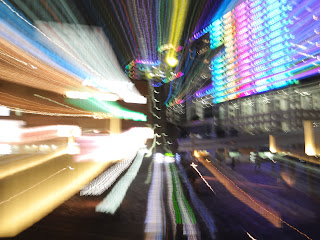 Have you ever had the feeling of being the outside guy looking in? To elaborate a little bit more, what if you simply didn't understand or like something that seemingly has become a huge favourite phenomenon with everyone else?


That is the feeling that I have had for over 20 years when it comes to this song "WOW WAR TONIGHT: Toki ni wa Okose yo Movement" (Movement to Raise Hell Occasionally) by H Jungle with t, comprised of musician-producer-songwriter Tetsuya Komuro（小室哲哉）and comedian Masatoshi Hamada（浜田雅功）from the Osakan duo Downtown. This mid-90s collaboration began with a simple guest appearance by Komuro on the long-running show "HEY! HEY! HEY! Music Champ" when co-host Hamada asked the fellow to write a hit song for him someday.

The debut single was indeed "WOW WAR TONIGHT", released in March 1995 with Hamada on the mike while Komuro was wailing away on his guitar. I remember the commercials selling the single and remarked that "Wow! Hamada really is singing out there". As the ball got rolling on the song, I started hearing about the genre of music known as jungle that apparently applied to "WOW WAR TONIGHT" (the duo's name was a big hint), but since electronic music outside of YMO and Pet Shop Boys at that time was largely unknown to me, I could only identify Komuro's music as a light reggae beat.


By the time 1995 was coming to a close, I recall that the song had become a massive hit, and in fact, was the song to sing at the many bonenkai (year-end parties) and karaoke outings to get everyone in a party mood. According to the J-Wiki article on "WOW WAR TONIGHT", Komuro said that he ended up creating the song when he thought about how extremely busy his partner Hamada had been at that time as one of the most popular entertainers around, and that it expanded to become a cheer song for all those fellows in their 30s working hard in their companies after seeing a bunch of salarymen in the Tokyo quarter of Hamamatsucho.

Reading the "WOW WAR TONIGHT" article, I have kept seeing a ton of praise being heaped on Komuro by folks such as Ryuichi Sakamoto（坂本龍一）. And as such, it not only hit No. 1 on the singles charts but it stayed there for 7 straight weeks from March to May 1995, and it ended up as the 2nd-ranked single of the year. It also earned the JASRAC Gold Prize in 1996 and a current place as the 17th-ranked single in Oricon history, hitting the 2 million mark. Of course, the Kohaku Utagassen came calling.

And yet, I really hated the song when it came out. I thought Hamada was belting away like Japan's most famous amateur karaoke singer after a few stiff drinks, and when it came to the finish, the song struck me as being almost unlistenable. But I think that was the point with "WOW WAR TONIGHT"; it's about a straight-talking everyman exhorting everyone to unshackle those daily chains and let loose once in a while. It struck a chord with a lot of folks, then. In particular, karaoke wasn't the venue to show one's amazing prowess behind a mike; it was the place to de-stress and what better way to do so than singing one's favourite tunes while drinking down stuff with good buddies?

Listening to it in its entirety again after so many years, my feelings toward it haven't improved all that much, despite all the accolades (even from The Professor) and its status as the song to support the average man. Mind you, the softer parts of Hamada during the song and just remembering the times surrounding it with the Komuro Boom and my time as a NOVA teacher have softened my hardness toward it as a form of nostalgia. I felt that I had to put it up onto the blog...finally...since there are folks out there who really liked it and it has perhaps become one of the representative tunes for that decade. Plus, since I had been wrestling about whether to put up "WOW WAR TONIGHT" for literally years, I'm glad that I finally got it out of my system.
Posted by J-Canuck at 10:43 PM