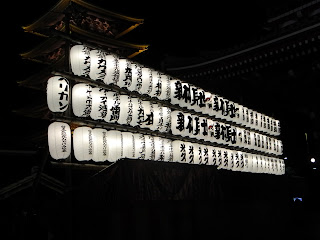 Happy Friday! Trying to fight post-dinner drowsiness (320g steak) and some annoying Internet failures to get back onto my own personal quota for the blog.

This would be "Koi Machi Counter" (Love Town Counter), Takeshima's latest single released in March 2018. Anzen Chitai（安全地帯）collaborator Goro Matsui（松井五郎）wrote the lyrics of love coming to fruition in a drinking establishment with Takashi Tsushimi（都志見 隆）coming up with the zippy Mood Kayo melody.

And this is what I like about the song. It has that zesty Mood Kayo feeling from yesteryear but paired with the 39-year-old being quite informal in garb and even exercising his option to dance around a bit. No need to stand rigidly at attention by the mike while wearing a glossy suit anymore. We have the old-fashioned with the modern.


Heck, I do like that dramatic piano with the shimmering strings there. And there's even a video showing the dance steps necessary to bring "Koi Machi Counter" to life. I guess the demands on karaoke singers have gotten even higher.

As for Takeshima, he was born in Fukui Prefecture and was inspired to enter the career of singing when he was an elementary school student after watching a performance of enka singer Fuyumi Sakamoto（坂本冬美）. He made his debut in 2002 with "Ii Mon da, Ii Mon da"（いいもんだ いいもんだ...It's Good, It's Good）.  Something else that I hadn't known until today was that back in 2008, through the machinations of NHK's previous kayo kyoku incarnation "Kayo Concert"（歌謡コンサート）, he was placed with two other handsome singers, Daisuke Kitagawa（北川大介）and Keisuke Yamauchi（山内惠介）, to form the enka singer trio Ikemen 3（イケメン3...Cool Guys 3）. I guess this was the 21st-century equivalent of the Gosanke（御三家）, the 1960s triumvirate of heartthrob singers consisting of Yukio Hashi, Kazuo Funaki and Teruhiko Saigo.（橋幸夫、舟木一夫、西郷輝彦）.
Posted by J-Canuck at 7:43 PM