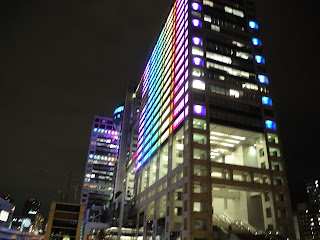 Well, how's this for a lovely Reese's Peanut Butter Cup of a team-up? One of the wonderful representatives of City Pop, EPO, did a duet with one of the most soulful singers of Japanese pop music early in his solo career, Masayuki Suzuki（鈴木雅之）. And I only found out about this last night. I will yet again use one of my catchphrases, better late than never.


EPO released her 14th single in March 1987, "Downtown Rhapsody" with Suzuki helping out on the vocals. She was also the one taking care of words and music with the latter part mixing some of that early 1980s City Pop sound with a good dollop of laidback soul. EPO and Martin together indeed! Of course, with that title, comparisons were probably made with EPO's debut single and first hit, her marvelous cover of Tatsuro Yamashita's（山下達郎）"Downtown".

I'd say that whereas "Downtown" signified the beginning of that wonderful night in the wilds of Shinjuku, Tokyo, "Downtown Rhapsody" pertained to the midway point of the evening when the friends were happily walking between bars. Quite a giddy feeling and that sax in the middle of the song is simply excellent.