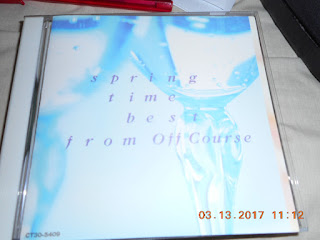 Well, that dreaded winter storm that was supposed to have walloped us here in Toronto didn't really do all that much harm. Actually, it hit Niagara Falls and places down in the States a lot harder. Still, in a bit of tongue-in-cheek preparation, yesterday I put in a CD of some Off-Course (オフコース) favourites into the player. The above "Spring Time Best From Off Course" is one of those generic compilations and not by the original recording company itself. I probably found it the music section of a Daiei or other local department store a very long time ago.


A number of the tracks have already been covered in the annals of this blog but I did manage to find another treat with Track 2 "Omoi no Mama ni" (As Hopes). The Kazumasa Oda（小田和正）-penned ballad was originally a track on Off-Course's 7th album "Three and Two" which had been released back in October 1979.

Considering that release date, "Omoi no Mama ni" has more of that contemporary pop sound which would define the band for the remainder of its time going into the 1980s rather than their folk melodies in the 1970s. Oda's lyrics have that Off-Course familiar ring of regret and hope after a romantic breakup in which the guy wishes his former girlfriend well in her future endeavors. Hearing the song in concert as in the above video, this must have been quite the fan favourite performed live.


"Three and Two" did very well on the charts, ranking in at No. 2 at its peak on Oricon and quickly becoming the 48th-ranked album for 1979 even though it had been released late in October of that year. In 1980, it did even better by finishing that year at No. 37.

I was wondering where the inspiration for that album title had come from. According to J-Wiki, the title was apparently referring to the fact that the three fellows consisting of bassist Hitoshi Shimizu（清水仁）, drummer Jiro Ohma（大間ジロー）, and multi-instrumentalist Kazuhiko Matsuo（松尾一彦）had become official members of Off-Course to go with the original members of Oda and Yasuhiro Suzuki（鈴木康博）on the cusp of this album getting out. 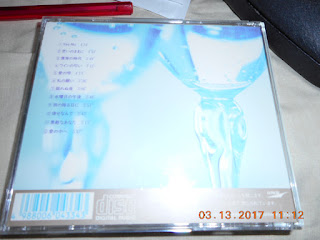