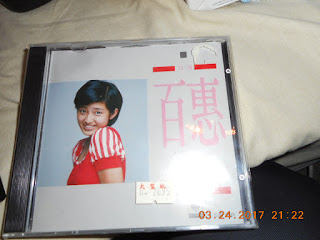 "Shinayaka ni Utatte" (Sing Delicately) was Momoe Yamaguchi's（山口百恵）27th single released in September 1979, and for those who know about the singer's discography throughout the 1970s, the latter half of the decade had her singing some more muscular songs as a jaded take-no-prisoners woman who plays men like a Stradivarius a la "Imitation Gold". "Shinayaka ni Utatte" was indeed created by the husband-and-wife team of Ryudo Uzaki and Yoko Aki（宇崎竜童・阿木燿子）who had been behind those very songs.


And yet, "Shinayaka ni Utatte" was quite a different animal. It didn't have any of those urgent strings or wailing electric guitar, the song came across to me as being quite Hawaiian in feeling; more relaxing and rhythmical like a hula dance for a Don Ho ballad rather than speeding and screaming like a Ferrari being driven by a scorned woman. However, Aki's lyrics still related the story of lost love and the woman trying to get over the end of the romance. Perhaps it's rather indicative of the times that one of the lyrics describes the lass putting on a pair of roller skates and scooting down the road...maybe she'll hit a disco later that night to boogie.


I've gotta make a slight detour over here and talk about that adverb in the title shinayaka ni. I looked it up at jisho.org and I got definitions such as flexibly and elastically. But I wasn't sure whether either of those words would be appropriate as the translation. At the same time, though, there was the word delicately, which I still don't think is ultimately the best word but perhaps it is the best I can do for now.

Still, the Uzaki-Aki-Yamaguchi collaboration was another relative success although "Shinayaka ni Utatte" didn't hit the big heights like its tougher cousins. It peaked at No. 8 on Oricon and won a Gold Prize at the Japan Record Awards before finishing the year as the 55th-ranked single as it was also placed as a track on Momoe's 19th album "Harutsugedori"（春告鳥...Bush Warbler）which peaked at No. 5. The song also got Yamaguchi an invitation for her final of 6 straight appearances on the Kohaku Utagassen.

Not sure whether the song was meant to come out just before this particular earth-shattering announcement by Yamaguchi, but just several weeks after "Shinayaka ni Utatte" had been released, the singer announced her relationship with actor Tomokazu Miura（三浦友和）which probably broke a lot of hearts out there in the fandom. I could imagine that many of them took those lyrics and swallowed them repeatedly. Of course, the following year, Yamaguchi and Miura would marry and the former would retire for good.

Here is Okinawan singer Rimi Natsukawa（夏川りみ）with her cover of "Shinayaka ni Utatte".
Posted by J-Canuck at 12:52 AM