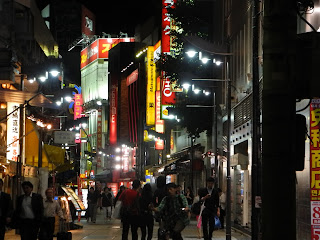 "Uta Kon"（うたコン）wasn't on last night for some reason, and sometimes when the show does come on, I tend to go to the enka or Mood Kayo file. Therefore, I will do so now as well.


It's a Wednesday night so let's go for some Mood Kayo...not to say that Hump Night and this particular genre have any set connection, but I figure that being the middle of the week when things are into the nitty-gritty work-wise, perhaps it's the ideal time for some of the older work buddies to hit the izakaya or nomiya for some stress-busting drinks...or even karaoke.

Nothing more Mood Kayo than Akira Kurosawa & Los Primos（黒沢明とロス・プリモス）with their "Utagawanaide" (Don't Doubt Me), their 19th single from August 1970. The tender Latin melody with the bluesy sax and silky strings by Masao Saiki（彩木雅夫）and the emotion-on-sleeve delivery by Kurosawa and Los Primos of Katsuko Murakami's（村上克子）lyrics can create the setting of introspective drinking at the neighbourhood drinking establishment all by themselves. As for those lyrics, vocalist Shoji Mori（森聖二）seems to take on the role of a woman who may be a hostess in some club in the big city as she pleads with her current paramour that this is indeed true love she feels for him instead of the fake emotions that she has had to express to previous clients.

Listening to the old songs has me missing those Sunday night episodes of "Enka no Hanamichi"（演歌の花道）at times. "Utagawanaide" would be the perfect inclusion in one of them on one of those fancy sets.
Posted by J-Canuck at 7:53 PM