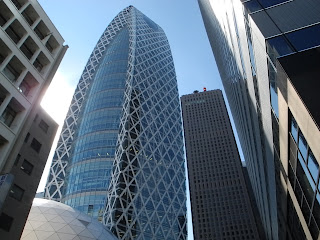 Can't quite believe it's been over a year since I put up that first Masayoshi Takanaka（高中正義）article for his epic "An Insatiable High", the title track for his 1977 album.


Well, I've got another track from "An Insatiable High" called simply "E.S.P.". It's not quite on the same level as the title song, but it's a happy and brisk 4 minutes and change of Latin-infused fusion that would make for a nice accompaniment for that jogger on the cover of the album, if he were sporting a Sony Walkman (not sure if they were actually already out in 1977).

I'm just going with what kaz-shin said on his review of the album at "Music Avenue", but it looks like Jim Gilstrap was handling the main vocals with Maxine Anderson, Julia Tillman Waters, and Maxine Willard Waters as the backup, and maybe it was indeed Lee Ritenour noodling on the guitar with Patrice Rushen on the keyboards. The Tower of Power horns are also in there as well.

Gilstrap is stating that the titular special power has been responsible for that special connection with that special someone. I can just imagine some nightclub Lothario trying that line with an unimpressed woman back in the 1970s; it probably had as much success as "What's your sign?".
Posted by J-Canuck at 2:43 PM